the great subbers at rundevilrunsubs did it again, without wasting time enjoy the episode

You know what you will always see in Vietnam? Bikes. Motorbikes, bicycles…They’re goddamn everywhere. But hey, one could say it’s the national ‘ride’ of Vietnam. Almost cultural, that bi-wheeled vehicle. 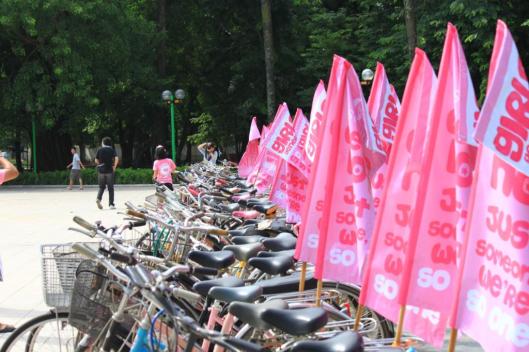 So! In true Vietnam fashion, as a fantastic display of S♡NE pride, our Vietnamese counterparts recently took to the streets clad in pink upon their noble metal steeds as a part of their ‘PINK LINE’ project organised by V-S♡NE. On Tiffany’s birthday no less! Keep reading for some excellent snapshots of their pink parade around the Hoàn Kiếm Lake in Hà Nội, Vietnam’s capital city; END_OF_DOCUMENT_TOKEN_TO_BE_REPLACED

Following suit of Sooyoung & Jessica,Tiffany has also made a Star Call recently. She were seen wearing the Genie outfit in the video and looking beautiful as always.

Here’s what she said.

So many people congratulated me on my birthday,I am so so grateful and this feels like the most happy day!
SNSD is not around that often these days but we are always here looking at you!
So if you leave us you know what would happen, right? Hehe
Please continue to watch us SNSD often and I hope we can spend more birthdays together.
I miss you~

In courtesy of Yurui for the translation,check out the details of her 22nd birthday party under the cut!
END_OF_DOCUMENT_TOKEN_TO_BE_REPLACED

As we all know, the first week of August is quite crazy. From Tiffany’s birthday to SNSD’s anniversary week. This post will mark the beginning of the special posts dedicated to SNSD’s 3rd anniversary! Don’t let this overshadow the Mushroom’s birthday though, pleaes check out the numerous posts that have been published specially for her!

Scientific research has stated that women can use between 20,000 to 24,000 words in a day. Let’s talk math real quick then…

SNSD has been together for three years and there is a total of nine girls. Since they talk so much…let’s say they each use 24,000 words in a day (I’m probably underestimating). That adds up to about 236520000 words used by the group as a whole. Wow. All those words..can you imagine what kind of sentences could be formed?
END_OF_DOCUMENT_TOKEN_TO_BE_REPLACED

It’s finally Aug 1st… our west coast girl’s birthday! I’m sure fans have been waiting and waiting for this day just to show her some extra love! This post will be dedicated to SNSD’s Tiffany, Happy Birthday!!!!!!!

END_OF_DOCUMENT_TOKEN_TO_BE_REPLACED

August is a special month for many S♡NEs. The month of SNSD‘s debut, the month of SNSD’s anniversary, the month S♡NE came into being and the month SNSD will debut again in Japan. But before any of that, today on the 1st of August, it’s time to celebrate and congratulate the wonderful being that is SNSD’s Tiffany! 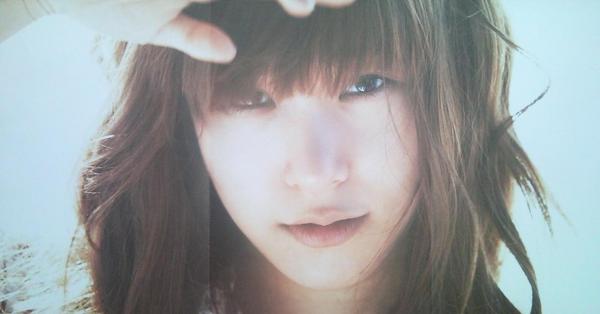 Our Hwang Miyoung, the girl with an eye-smile as beautiful as her heart, soft as the heart-shaped cushions you so dearly cherish but with determination stronger than steel, congratulations on 21 years of life, and 3 years with your SNSD sisters. END_OF_DOCUMENT_TOKEN_TO_BE_REPLACED