Ever since the YongSeo’s/Sweet Potato Couple’s self-recorded UCC video was uploaded on YouTube, revealing their “Banmal Song”, it became a hit as many fell in love with it and hoped for a studio or official duet version to be released. If you recall on January 5th, it was decided that there WOULD be a studio or official version released on the 14th, but unfortunately, the version would only be sung by Yonghwa himself and parts of the lyrics that Seohyun helped to complete in the original “Banmal Song” would not be included (the reason being that a duet between the two would be impossible due to SNSD’s and CN BLUE’s busy schedules).

Like the news had said, the studio or official version of “Banmal Song” has been released earlier today on the 14th with the new alternative title, “For The First Time Lovers”/”For The First Time Couples In Love”, and although the song is only sung by Yonghwa,

A new subbed YongSeo cut of We Got Married has just been released!
In this episode, the YongSeo couple travel to Busan to visit Yong’s mother. 🙂 Also, the ‘amazingly cute spazz worthy moment’ of the couple sleeping on each others shoulders apparently happens in this episode!! *OMGOMGOMG* 🙂

END_OF_DOCUMENT_TOKEN_TO_BE_REPLACED

[Update] It appears that the ‘Banmal Song’ may not be released officially after all! 😦 On January 5th, CN BLUE’s agency told Newsen,

There will not be a duet. Even if CN BLUE plan to release it as their own song, the part of the lyrics Seohyun composed will not be included.

With SNSD & CN Blue‘ s many activities, a duet may actually be impossible at the moment, despite speculations regarding its potential release on various sites.

The title says it all, and if you’ve been following the YongSeo/Sweet Potato/Goguma couple on ‘We Got Married‘, you would probably be as excited as I am. ^_^ *flails arms*

With the “Banmal Song‘ MV/clip’s release on Youtube, to it’s success on the internet, it has been confirmed by soribada that the song will be released as a digital single on the 14th of January!

After all the effort the couple put into their song, I’m sure the single will do amazingly well on music charts. ^_^

dreadtech: The upcoming episode has been revealed, Yongseo traveling to Busan to meet…..(drum roll)……Yonghwa’s MOTHER!!!! will Yong Hwa’s mother approve of Seobaby? or will Seobaby’s uptight nature get the better of them all? FIND OUT ON THE NEXT EPISODE OF W-G-M!!! 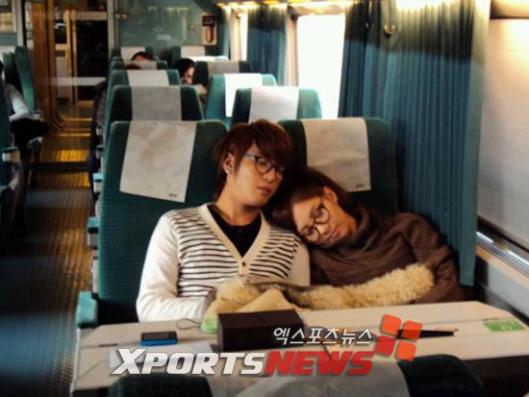 A new subbed cut of YongSeo’s We Got Married has just been released courtesy of KRD subs!

Although the couple’s banmal song has already been released on YT, this episode shows more of how the song ‘came to be’. Enjoy~ 🙂

END_OF_DOCUMENT_TOKEN_TO_BE_REPLACED

Only one day since the Sweet Potato couple uploaded their “Banmal Song” video to their Youtube channel, it’s already listed as #1 on Youtube Charts’ Top Favorited, Most Liked, and Most Discussed video worldwide. 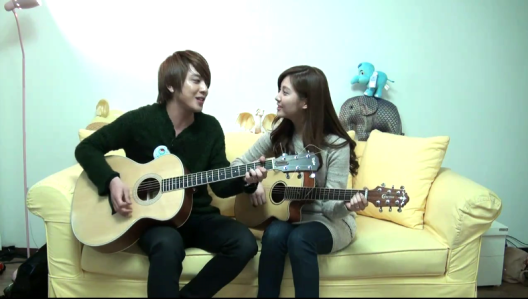 That’s what we called the Power of Gogumas from all over the world. Here’s the screen caps of the Youtube charts: END_OF_DOCUMENT_TOKEN_TO_BE_REPLACED

* Edit: forgot to mention that the mv/clip was made because they were given a mission on “We Got Married” to make a song and put it up on a specific website. The specific website turned out to be YouTube!

One word – CUTE! If you have been following the Sweet Potato/YongSeo couple on the MBC variety show, “We Got Married”, Yonghwa has been working on a song dedicated to Seohyun for months and this is it! I’m surprised by the sudden release of the mv/clip, but I really hope they’ll release a studio version or perform the song live soon. They seriously have great chemistry; SUCH A CUTE COUPLE!

END_OF_DOCUMENT_TOKEN_TO_BE_REPLACED

Following the release of Seobaby‘s latest Star Call and continuing from the previous episode of We Got Married,we have the next one subbed!
In this episode,they started off by leaving their sweet potato farm and heading to the beach for a breather.
As for the rest,find them out for yourselves.

END_OF_DOCUMENT_TOKEN_TO_BE_REPLACED

Continuing from the previous episode,the goguma couple set off to harvest the sweet potatoes they had planted quite a while back.
In this episode,Seobaby surprised Yonghwa by getting her driving license and driving their way to the field.
Without spoiling any further,check it out as follows.

END_OF_DOCUMENT_TOKEN_TO_BE_REPLACED

Coming back to their dorm with the alcoholic drinks at the previous episode,they had a good chat with each other over drinking in this episode and then…
I’ll leave it to you to find out.