When we said SNSD could literally sell anything, we meant it! However, this has got to be the oddest endorsement deal yet! 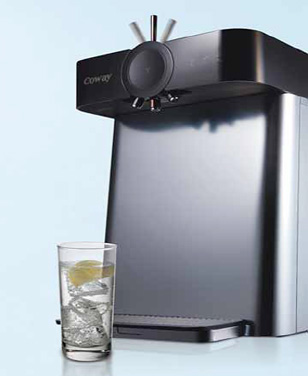 That, dear readers, is a water filter/purifier, designed by Coway. The girls’ have just signed on to be exclusive models for the company until the end of the year.

As a means of establishing themselves as a “a young company”, and with the goal of becoming Korea’s number one supplier of water filters; the director of Coway’s marketing headquarters explains the company’s reason for choosing SNSD as the new face of their product brand:

Girls’ Generation, along with the classy image as the nation’s best girl group, has friendly image as well… They suit very well with the image of the new product that has concepts that people have never seen before.

Coway, are currently in the process of launching a stream of new products, and will utilize each of the nine girls’ characteristics as selling points in upcoming CF’s.

Yoona purifies water just by staring at it: 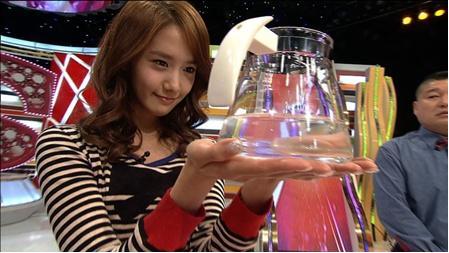 Tidbit: The girl’s have previously been spokesmodels for the Nintendo DS, and with the recent release of the 3DS in Japan, I hope Nintendo will call upon the girls once more to endorse it. Speaking of which, I bet Sunny has already nabbed herself one!

19 thoughts on “SNSD is purity”