Not quite, big guy…

But fear not! Our girls didn’t simply overthrow this majestic big cat.  Instead, they honored him by adopting tiger-like fierceness in everything they did. What follows is a look back into what made 2010 Soshi-tacular beyond belief. ♥

Oh Oh Oh Oh- what’s that?  Soshi wants us to dance dance dance and get down down down down?  That catchy hook can only mean one thing…Soshi’s 2econd Full Album has arrived!!  Yes, even before ‘Oh!’ officially hit the airwaves/shelves S♥NES were making their love known.  The teaser for their much-anticipated music video alone racked up around 2 million views; fans couldn’t get enough of those flying pom-poms and ponytails.  Teaser indeed!  A delay in the release of the music video had fans on edge, but the finished product was well worth the wait; within twenty-four hours the music video was equal to the teaser in views, and the fascination only picked up speed from there.  We as fans had a lot to celebrate and even something to look forward to:  ‘Oh!’ was winning weekly awards… ﻿﻿﻿﻿

and Soshi had hinted at something…something dark. 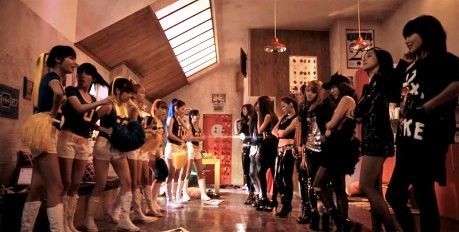 Oooh, chills…what could it be?

SNSD didn’t waste a moment. They absolutely ATTACKED music charts as soon as the year kicked off; other artists didn’t know what hit them.  Having successfully charmed everyone with the ‘Gee’ and ‘Tell Me Your Wish’ dances, our girls were in the perfect position to strike once again.  They entered 2010 with goals in mind and POUNCED on their chance.  Jungle cats everywhere sounded their approval. And this was just the beginning!

During the first two months of the new year Soshi undoubtedly earned their stripes. We soon found out what the girls were up to pulling down their own posters. Over the next few months they traded their irresistible innocence for a more seductive appeal (the better to lure you into a false sense of security, my dear XD).  As parts of the world were beginning to thaw, Soshi continued their 2010 domination.  Kid Leader followed in Jessica’s awkward-outward-facing footsteps and starred in her own musical…

China had the privilege of seeing Soshi in concert on “The 1st Asia Tour: Into the New World”… 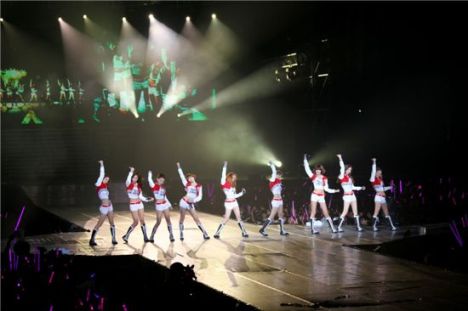 and suddenly S♥NES had more Samyang Ramyum than they knew what to do with. 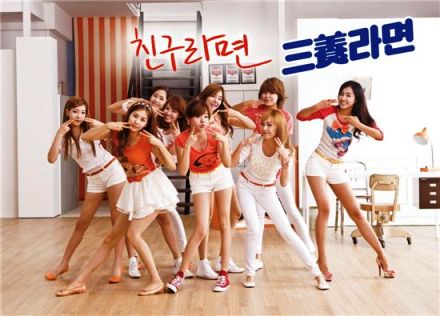 The promotions for ‘Run Devil Run’ saw yet another dance craze erupt and several more awards made their way into SNSD’s hands. It was such a hit, even Gold Medal Olympian Kim Yuna couldn’t resist incorporating it into her routine.

With the release of their second single in 2010, Soshi proved they can fulfill any concept, be it pure and innocent, sweet and pretty, or dark and elegant.  Though ‘Oh!’ left more of an impression on music charts, in media and in sales, it was ‘Run Devil Run’ that epitomized the bond between the Tiger and the girls.  One word comes to mind when you see this song performed: POWERFUL.  SNSD channeled their inner FIERCE FELINE and emerged victorious once again. 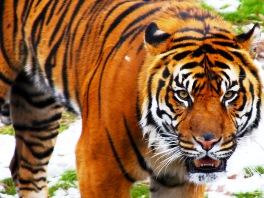 Identical, right? Who knew Maknae had it in her =)

World Cup, water parks and Japan?! OMO!  June, July and August were anything but uneventful!  Anyone who hadn’t heard of Korea’s premiere water parks before the triplets competed for the title of “Hottest Cabi” against 2PM knows of it now! (…at least anyone who has any ties to Korean pop culture ^^)  A little skin goes a long way in the K-pop industry and fans swarmed over to the music video for Caribbean Bay Water Park.  South Korea’s National team had a lot to smile about as SNSD actively promoted with a brand new set of star cards and commercials for the big game.  Like a big cat with a cardboard box in a swimming pool, the girls were having a ball.  Around this time they delighted us with impersonations, covers and behind-the-scenes revelations on talk shows.  And the best news came in the form of a rumor: SNSD was planning to promote overseas! More specifically, Japan, but hey, it’s a start!!

Edit: This video is actually from 2009 (Hard to believe, right? Time flies when you’re in love) but I’m going to leave it up because, honestly, I think it’s incredible. To make up for my selfishness, I’ve located the girls’ cover of “If You Seek Amy” on KJE’s Chocolate from November of this year =) I’d have provided more videos, but SBS has really been stepping up their regulations on copyright making footage hard to come by.

While we preoccupied ourselves with Soshi’s Japanese Photobook, the girls prepared to storm the Land of the Rising Sun.  They enjoyed a little downtime, ventured outside Korea, played and, of course, practiced.  Even cool cats like them need to take it easy and enjoy life at a slower pace every now and then.  After spending some quality time away from the limelight, they returned to THE HUNT, refreshed, recharged, and HUNGRY.

Blow Stateside fans away @ SMTown Live in L.A.? Check.  Release Japanese version of 2009’s biggest, best-loved songs?  Check.  Win over Japanese fans’ hearts? Check.  Release record-breaking single back home? CHECK!  Really, what DIDN’T our girls do in the span of the past 4 months??  They’ve flown back and forth between Japan and Korea so many times that the term “frequent flyer” doesn’t begin to do it justice 😀  They’ve made a name for themselves in Japan (literally!) and as Shoujo Jidai they’ve made their mark as a force to be reckoned with for J-pop idols.  The Japanese music shows allowed our girls to shine even brighter and their efforts didn’t go unnoticed!  Without warning ‘Beautiful Leg Generation’ was everywhere, on posters, in commercials, blasting out of your stereo and even buzzing from your telephone!  Then, just when S♥NES thought things couldn’t be better, a new mini-album was announced back home.  ‘Hoot’ became an instant hit and once again Soshi ruled the charts, despite serious competition. 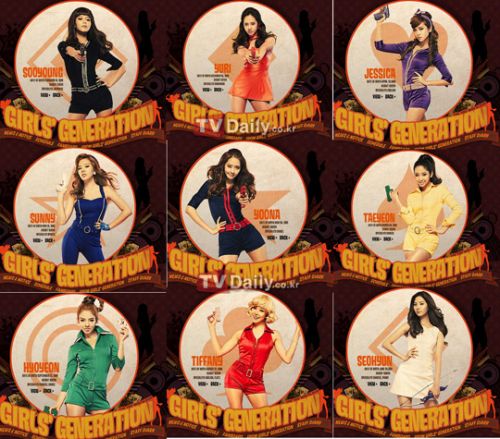 And now here we are, on the eve of 2011. The past few weeks have been a blur of confetti, acceptance speeches, trophy-passing and countless happy tears.  The thrills never cease with these girls.  Even though they were minus one mushroom, for the second year in a row Soshi came out on top at The Golden Disk Awards, making S♥NES across the globe emotional with pride.  There is no doubt in my mind that the Power of 9 will triumph in the coming year. Even though people may remark that every up must have a down and fame isn’t forever, I believe “Tiger Generation” will be making music and memories for many more years to come. How am I so sure? Well, not only have they adopted the Tiger’s fierceness, but it seems his will to survive and flourish has also affected Soshi. If you ask any of them they’ll tell you…

WE ARE  GIRLS’ GENERATION!

I hope you enjoyed reminiscing with me and I look forward to seeing what your thoughts are as 2010 comes to a close. Thanks for reading! Tiger Generation Fighting!