Because that would mean it’s 6 sided: One for each of Soshi’s nominations to the MelOn Music Awards!

The insides will definitely be a pastel rose pink.

It’s that time of the year again! I’m not talking about Christmas or exams… because they all pale in comparison to the year end events in Korea. Staying awake till 5am watching award shows when you have a final the next day? Been there, done that.. (and it was soo worth it!) Most would just say FML, but life isn’t that bad; you lived in the same lifetime as So Nyuh Shi Dae – you have no right to say FML. /cheesy LOL.

Anyways, the girls have been nominated for 6 awards this year at MelOn, and are currently first in most of their categories in terms of votes. From my understanding, most of the MelOn awards are 80% digital sales and 20% votes. The exceptions would be Netizen’s popular song, which is 100% vote (?), and music video of the year, which is 40% ___, 40%___, and 20% voting. (XD if anyone knows what those blanks are, that would be great). Last year the girls took home quite a few awards, and the outlook for this year looks promising as well. It should be noted that soshi will not be participating in Japan’s year end show Kouhaku (Yoong will just have to stay with Yuri and keep pretending to like KimuTaku so people don’t see her being ghey: win-win!)

However, keep in mind that there are a lot of other great artists out there that deserve some recognition, and at the end of the day, soshi will still be the 9 adorable girls that we know and love – win or lose. This is already the 2nd round of voting, and MelOn will be aired on December 15th. Here are the nominations and semi-current (capped yesterday) voting results: 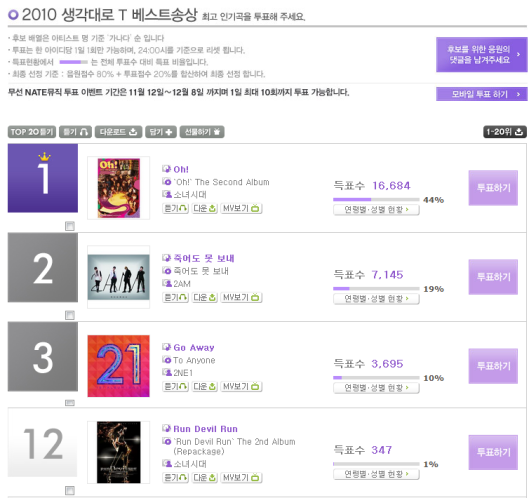 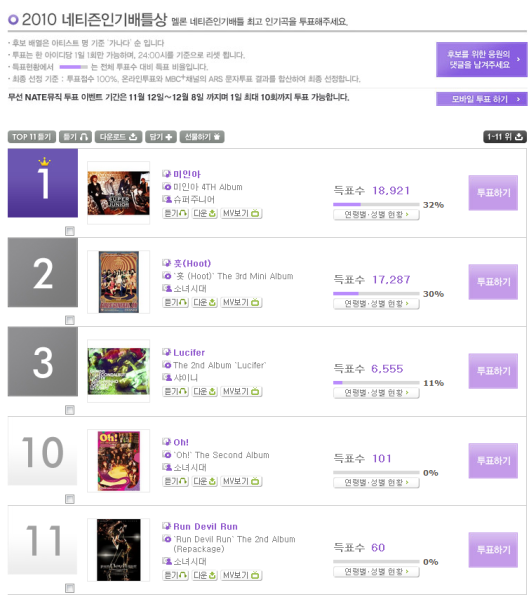 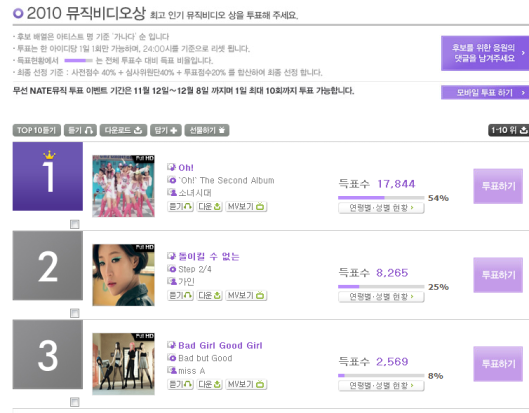 48 thoughts on “Why is this WatermelOn Square?”