In celebration of SBS‘s 20th anniversary,today’s Inkigayo was replaced with the broadcast of Sharing Love Concert 2010.
And our girls were invited to perform on it,with Yoona taking over Sulli to partner alongside with Yonghwa & Jokwon as the emcees for this event.
She also congratulated SBS on its birthday though the following video message.

Go under the cut for the performance &  news pictorial!

END_OF_DOCUMENT_TOKEN_TO_BE_REPLACED

Sisa Journal recently published a huge feature on SNSD, describing their progression from humble beginnings to their overwhelming global success. Take a deep breath because this is gonna be a long read.

Although “Into the New World” was a powerful debut, no one predicted SNSD to reach the “world-star” status it currently holds. At the time, the girls were merely a relief for the male audience tired of the boy bands’ dominance of the music market. Right away, the girls faced a tremendous challenge: in September of 2007, the Wonder Girls released their hit single, “Tell Me“. The Wonder Girls were a group that had already been promoting for several months, and their single rocketed them into international fame, as students, police officers, and even soldiers participated in the “Tell Me” dance craze. With the nation hit with the “Wonder Girls Syndrome”, SNSD was dismissed as a B-level girl group.

In 2008, Wonder Girls defined K-Pop as “Nobody” and “So Hot” dominated the charts. Although SNSD garnered many male fans with their cute and innocent concept, the girls were not yet considered nationally popular. END_OF_DOCUMENT_TOKEN_TO_BE_REPLACED

Right after their third Music Core performance, the girls rushed to Goyang Cultural Center for another “Hoot” fan-signing event. All of the nine girls were present in this event. It’s been a while since they do a 9-members fan-signing, the last time where all 9 members were present in a fan-sign was two years ago, in 2008.

Check out the translated fan-accounts below!

The nine of them attended today’s fansign event. I still couldnt believe that I got nine signatures in one fansign event…

They appeared at 6pm sharp and they wore the gold colour outfits (t/n: They went to the fansign event right after mucore perf). All of were seated according to the sequence in Hoot’s photo booklet – Fany, Sica, Seohyun, Sunny, Hyoyeon, Taeyeon, Yoona, Yuri and Sooyoung. Yuri was chewing something while she was walking towards the stage. Sica said the opening speech, short and sweet, “Today is the second fansign event and this’s the first time that all the members gathered together so we’ve to make it fast, lets start!” . After getting to their seats, Yoona saw a big mic infront of her, she picked it up and play with it. Yuri took it away when Yoona showed the mic to her. She shook the mic like was shaking a hour glass. Then the two of them looked at each other and started to sing Wake up (Background music) in an exaggerating manner. Yuri even sang to it out loud using the mic. Throughout the fansign event, Yuri would either fold her hand to look like a binocular and pretended to look afar or to make a heart-shape sign to us in a fast speed mode. The fans were laughing because of her actions. END_OF_DOCUMENT_TOKEN_TO_BE_REPLACED

Stumbled upon one of CodeMonmon’s fanmade video and just had to share it.

So what happens to Kim Choding when she strikes, specifically during Music Bank’s K-Chart event? …see for yourself!

Since November 11th the 2010 Melon Music Awards have been underway with voting and the results from only 1 day are very impressive for our girls. 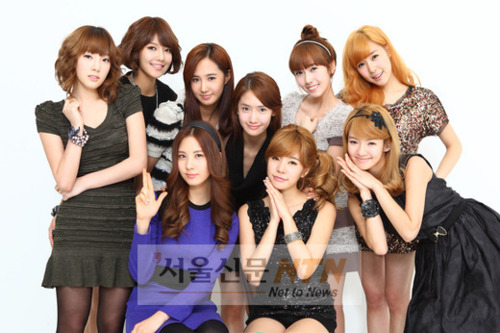 Lest we say do not underestimate SONES since our girls have the majority vote with a whopping 23%. Soshi’s brothers aren’t too far behind with Suju coming in at 16% and SHINee at 11%.

SME really seem to be a powerhouse with three of their groups dominating the top 3 spots.

As if the competition didn’t seem crazy enough, our girls are up against the likes of 2pm, 2am, BEAST, KARA nipping very closely for the top spot too.

4minute, Secret, SISTAR, Miss A, f(x), Tiara for the girl groups then 2pm, 2am, Super Junior and BEAST among the leading male artists are included in the competition that have more than 30 artists with only 10 getting to the top spots.

The votes are calculated via online and mobile and also accumulates votes via sales of the artist’s albums. The final announcement will be made on 15th December at Kyunghee University in Seoul where the awards show will be held.

Meanwhile, the awards show will be broadcast live on MBC, Melon.Com and other cable sites oversea’s

A short clip from PKL Starry Night that features the true OTP :P. 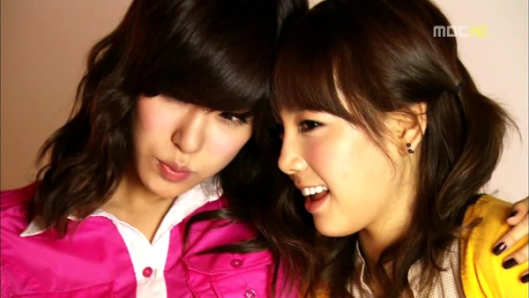 Apparently they rushed in when they saw their special dongsaeng Dalmation’s Drama, how sweet of them