On the 25th, if you recall, Music Bank held the Half-Year K-Chart where there were a bunch of special stages and at the end, the girls were the ones to take home the trophy. However, what sparked most of our attention about the Half Year K-Chart was probably what happened during the idol-filled special stage (cover of Kelly Clarkson’s “My Life Would Suck Without You”). 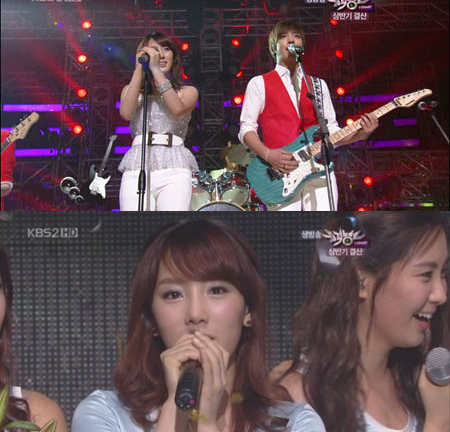 Taeyeon was off-key toward the end and according to Soshified and a fan present that day,

A fan that was present at the scene explained, “On this day, Taeyeon, while doing a stage rehearsal, requested for help from staff because the sound in her in-ear (the earphone in her ear) wasn’t playing and she showed displeasure towards the staff after two frustrating recordings. END_OF_DOCUMENT_TOKEN_TO_BE_REPLACED