+ (6/21) Added more fanaccounts, photos (esp. Hyoyeon’s), and fancams
+ Added more photos and fancams
+ Added ‘It’s Fantastic (Japanese Version)” fancam
With the girls back in Japan since yesterday, they have continued on with their arena tour and earlier today, they held yet another arena concert in Tokyo at the Yoyogi First Gymnasium National Stadium. 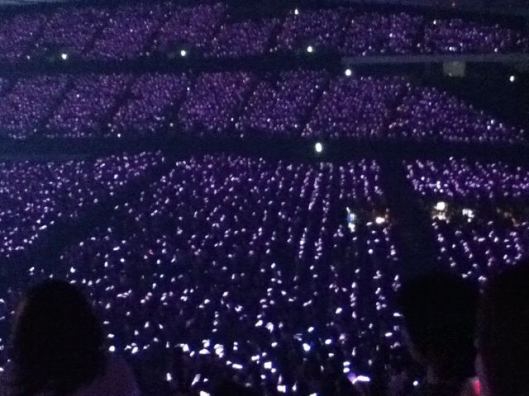 A couple of fanaccounts, pictures, and fancams have surfaced and Hyohyunnies, rejoice! This time, a SONE has finally come through with a fancam of the dancing queen’s solo.

END_OF_DOCUMENT_TOKEN_TO_BE_REPLACED

KBS’s Immortal Song 2, a singing variety program where idols are put to the test by singing the songs of their legendary seniors, has featured what is considered to be many of today’s best K-pop vocalists including: 2AM’s Changmin, SHINee’s Jonghyun, and SECRET’s Song Ji Eun, amongst others.

On a recent survey that ran for one week on a Korean web portal, our very own Taeyeon was voted as the ‘The idol singer you would like to see as a new candidate on Immortal Songs 2’ in front of other powerful singers such as JYJ’s Junsu, 2AM’s Jo Kwon and Big Bang’s Taeyang.

Taeyeon took the gold with an astonishing 45% of the votes from the 1,001 netizens who voted.

In conclusion… Our Taeyeon was BORN TO SING!

Don’t believe me? Hit the jump and  listen for yourself 😛 END_OF_DOCUMENT_TOKEN_TO_BE_REPLACED

On the June 16th episode of SBS One Night’s TV Entertainment in Korea, a special segment on ‘SMTOWN LIVE in PARIS’ was featured, including an interview with SNSD. Video after the jump!