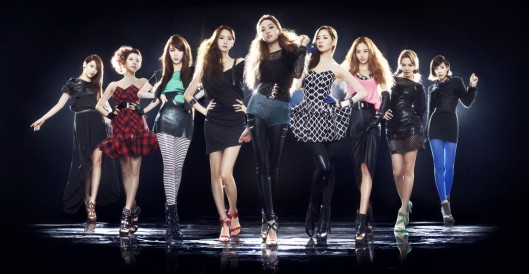 Inspite of the short time-frame of the release of the girls’ new Japanese album, they still managed to get 500,000 units shipped out !

With the release of the ladies’ new Japanese album today, the angelic 9 are slowly, but surely, gaining momentum in the Japanese music market.

Currently the No. 1 reserved album in Japanese record stores, over 500,000 units (and counting) have already been shipped, raising expectations that it will be a mega hit throughout the country of  Japan.

In addition, the Girls’ also kicked off their Japanese Arena tour on May 31st in Osaka. 9,000 fans were reported to have attended the 1st concert, and some of the girls even spoke in the Osaka dialect to interact with the fans (according to reports on the event).

The 9 ladies reportedly commented: “We’ve prepared a lot of performances that are worth watching. We will work hard so that our performances can relay energy to the Japanese fans. Please look forward to it.” (How typical of the ladies to always want to give of their best for the fans ;).)

Earlier today, Japan’s representative entertainment news show “Mezamashi TV” took the opportunity to do a story on the concert event (as did other Japanese news programmes). In fact, the former even did a detailed report of the Osaka concert in the middle of the show, demonstrating the impact of the 9 on the Japanese entertainment scene at this moment in time.

It certainly looks like the Girls are off to a good start here !