First off, a longer HQ audio teaser has surfaced and I’m definitely LOVING it.

& to follow it up with some even more good news–the girls are most likely to return to Korea’s music industry and make a comeback this fall!

END_OF_DOCUMENT_TOKEN_TO_BE_REPLACED

Last month, rookie girl group CHI-CHI confidently announced, “Our goal is to be like SNSD” and stated their wish to “become Asia’s top girl group”. Despite their honesty, the girls’ statements were misunderstood as pretentious.

Recently in an interview with Star News, CHI-CHI clarified, “We respect our seniors, SNSD and that was why we mentioned that we hope to be like them. We also said that we want to be loved by everyone, regardless of sex and age, just like SNSD.”

The CHI-CHI members added, “SNSD are our role models and we would like to show our respect for them. They are a top idol group not only in Korea, but also in Asia. They are role models to us who are lacking in many areas. SNSD, who are not only the best in Korea but also in Asia, are our idols. We want to be like that too”.

A few years ago, SNSD expressed how much they looked up to veteran groups, but now it seems like our girls are returning the favor by serving as examples for new groups. 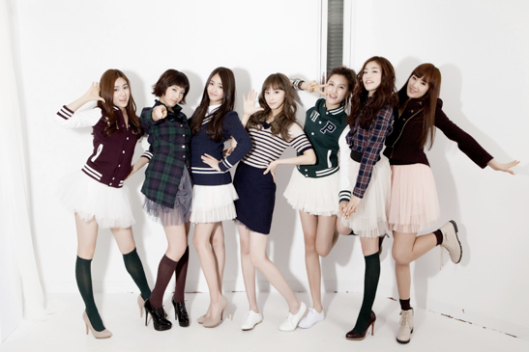