Recently on the 23rd of December, SNSD’s Jessica’s fan cafe, ‘Pure Jessica‘ donated a whopping 1 million won and some gifts to a welfare association for the elderly, ‘Sarang-bang’. (1 million won = ~875USD) 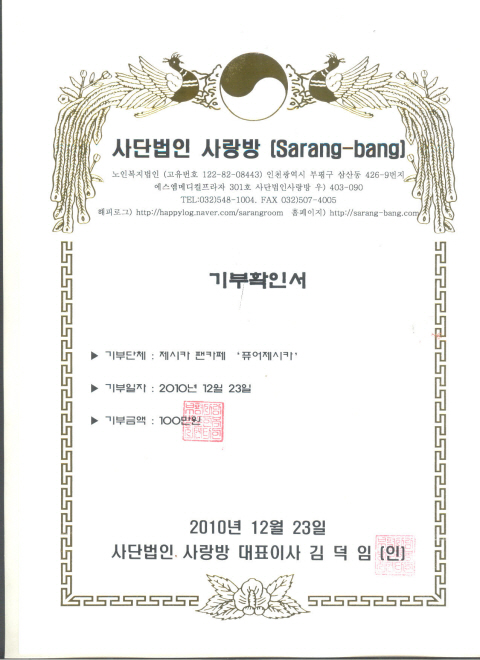 On December 29th, a representative of ‘Sarang-bang’ said,

To acknowledge the contribution, ‘Sarang-bang’ have publicly revealed a donation certificate bearing the fan cafe’s name.

While it is almost common practice for large fan cafes to make donations to charities, its always nice to see that ‘fandoms’ can have a positive impact on society. ^_^