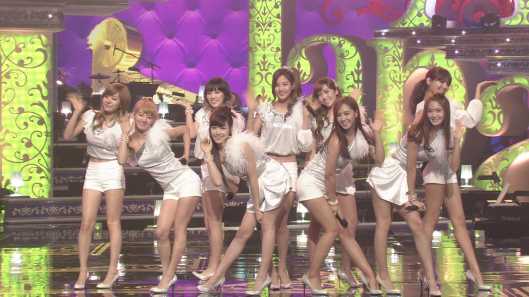 Prior to participating the KBS Gayo Daejun later tonight,the ladies had attended the 52nd Japan Record Awards.
In which they performed Gee and competed with other Japanese artists for the ‘Best New Artist Of The Year‘ award,as mentioned earlier on.

And the winner of the above named award goes to…

It’s a misfortune our ladies didn’t came out victorious,but hey they are always #1 in our hearts right?
Check out their cuts in the following.

The ladies are flying back to their motherland in a private jet named Gulfstream G550 straight after this schedule to attend the Gayo Daejun by KBS.

Now the question is,who else in the modern K-Pop scene has such privilege to have a whole private jet plane to themselves?