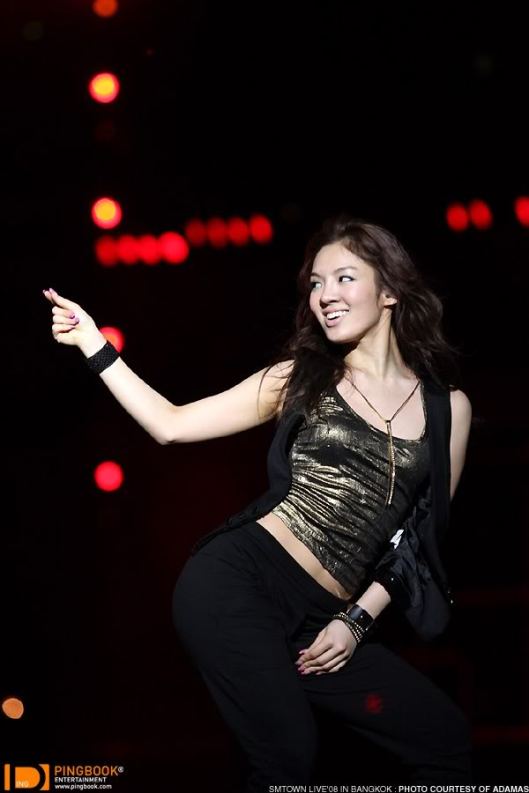 Melona bars for you if you could guess the relevance of the title 🙂 So here’s an impromptu tribute post for none other than Kim Hyoyeon! Gather around Hyohunnies, because this year’s birthday will be meaningful for the birthday girl! Why? Because she’ll be turning 21 this year!

While not known to be the most popular one in the group, she’s undisputably the mom and the queen in the other members’ eyes. Seriously, who wouldn’t appreciate a motherly figure who does the dishes and the cleaning after dinner? Or a choding who encourages Yoona and Sooyoung to misbehave in the car? And when she’s in her element, she really stands out. She’s like the seed in the watermelon; the needle in the haystack; the hidden card in the group. You have to look hard to find the gem, but once you do, you tell yourself how worth it it was.

Coming from a person who once was in between the position of indifferent to dislike for this 158cm powerhouse dancer, you’ll soon realise how down-to-earth this girl is. I know I did! From sharing Yuri and Sooyoung to Yoona and Tiffany respectively heeding Tiffany’s advice on her dance mistakes (even when Tiffany herself does more mistakes lol) to having a horde of guys chasing after her in high school but rejecting them. One particular incident that I found cute was >>this<<.

I would like to post a pic spam, but I’m sure the upcoming posts will handle that 🙂 Here’s a video I made in commemoration for her birthday. Nothing long, nothing short 🙂 And remember…

She’s more than a dancing queen.

She’s more than a danshin.

Written and video by: ruraldaze @ snsdkorean.

45 thoughts on “Having The Time Of Your Life”