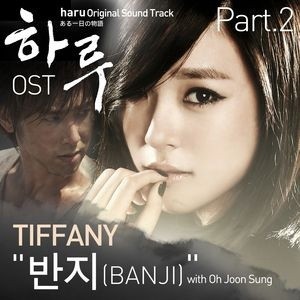 We’ve been teasing you guys on Ring aka Banji,a solo of Tiffany for the Haru OST.
It features Oh Joon Sung,a very well sought-after Korean composer,as seen on the above cover.

Without any further ado,let’s listen to the long awaited full track.

END_OF_DOCUMENT_TOKEN_TO_BE_REPLACED

Updated with info about Seohyun’s song!

Earlier on we brought to you the teaser of Tiffany‘s Ring,and i bet you guys can’t wait for the full release.
Now listen up! It had been confirmed the song would be unveiled on the 15th of October,just 2 days after the release of Jessica‘s Sweet Delight!
JeTi anyone?

A photo of Sica from the recording of her new song had also surfaced! 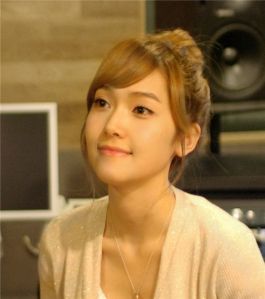 ———
The G20 Campaign song would be revealed on the same day as Ring,and Seohyun is a part of it!
Looking at the track artwork,it seems like it’s a collaboration between many artists. Namely Son Dambi,2PM‘s Junsu & IU etc.

Our beloved eye smile queen,Tiffany,has been chosen by the Korean Tourism Authority to sing a soundtrack titled ‘Ring‘ for its promotional drama ‘Haru (One Day) An Unforgettable Day in Korea‘.
And right now the teaser has been unveiled so check it out as followed!

Don’t you just love her voice? Stay tuned for the full release of the song.

Maknae Seohyun attended her University’s, Dong-Kook University’s, Entrance Ceremony earlier today along with other freshmans in the University’s gym in Jungju, Seoul. All freshmans were welcomed by the faculty.

Maknae graduated from her high school, Chun Joo Entertainment High School, not too long ago. END_OF_DOCUMENT_TOKEN_TO_BE_REPLACED