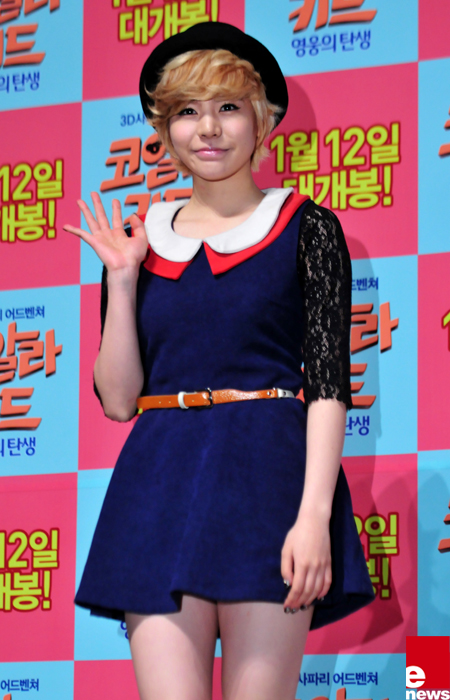 On January 3rd, a media premiere for “Koala Kid: The Outback” was held at Lotte Cinema in Jayang-dong, Seoul, which features the voices of Sunny and SHINee’s Taemin.

During the premiere, Sunny said, “Even though this is my first time doing voice-dubbing, Taeyeon and Seohyun who had some voice-dubbing experience in the past helped me a lot. Thanks for their help, I felt more comfortable during recording”.  Previously, Taeyeon and Seohyun had experience dubbing the Korean version of “Despicable Me” in 2010 as siblings in the movie.

Sunny was also asked if she would prefer real acting instead of voice acting, to which she responded, “Rather than going straight into real acting, I would like to take one step at a time to learn. When I feel that I’m prepared for it, I will take up the challenge” she continued with, “While I was doing voice-dubbing, I really enjoyed and learned a lot from it. If I have a chance, I will do much better next time”.

The movie is a co-production between South Korea and the US.  It’s about a koala named Johnny who is an outcast from the circus.  He fights other animals to protect the habitat of Australia where he lives with his animal friends and eventually becomes a hero for doing so.  Sunny is playing Miranda, a tough, but beautiful koala.  She definitely has her chance in this roll to show off her patented, ear splitting aegyo :P.  The other members are going to have to wear their on-stage ear pieces for this one :D.  Taemin is playing the lead roll of Johnny, where he will showcase his fresh and powerful voice.  The movie opens on January 12th across South Korea. 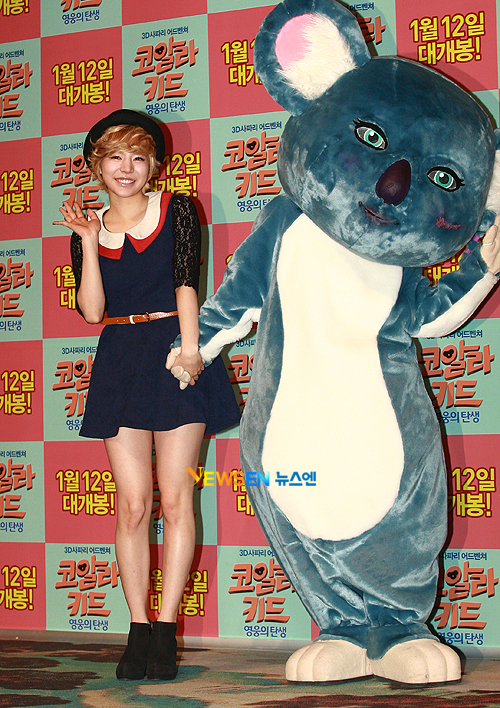 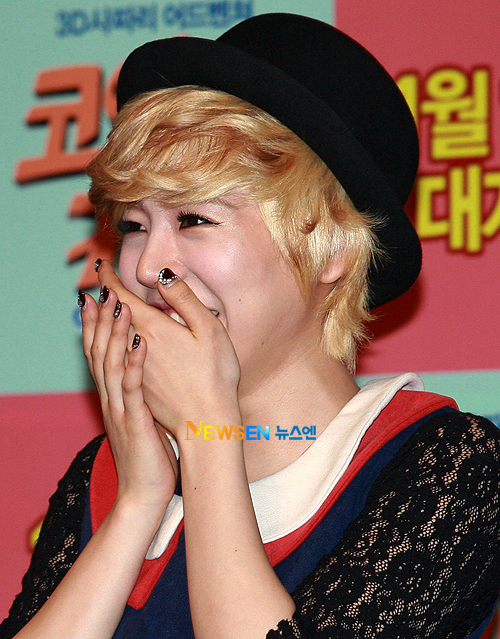 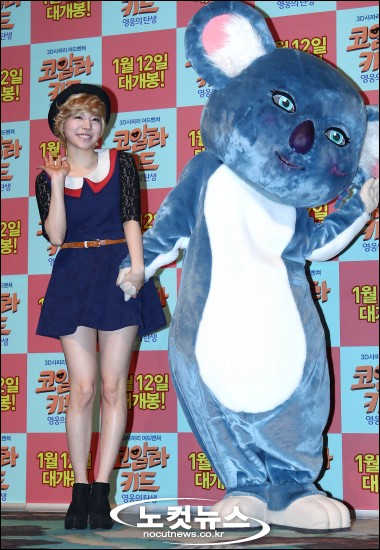 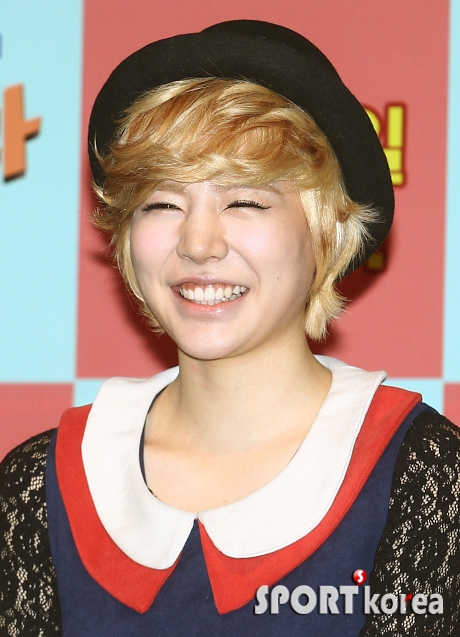 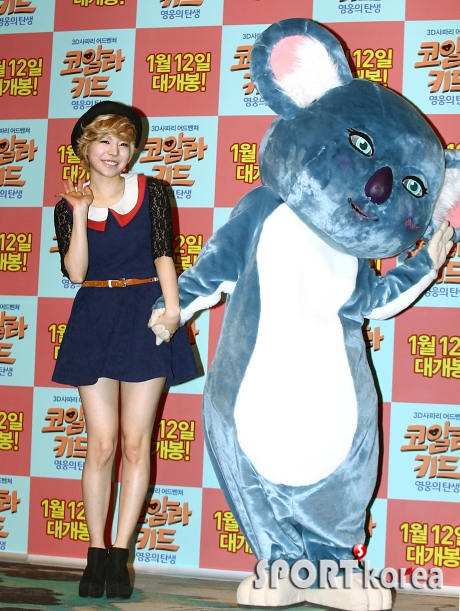 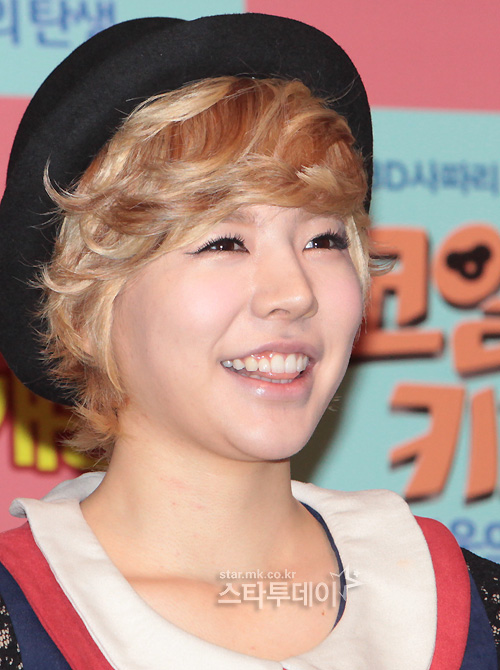 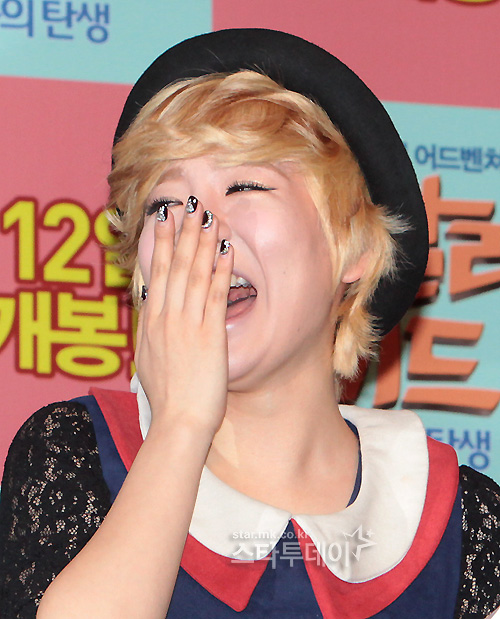 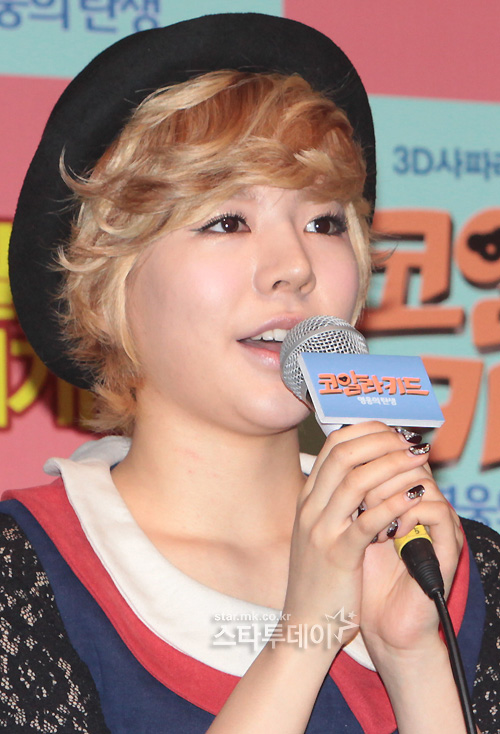 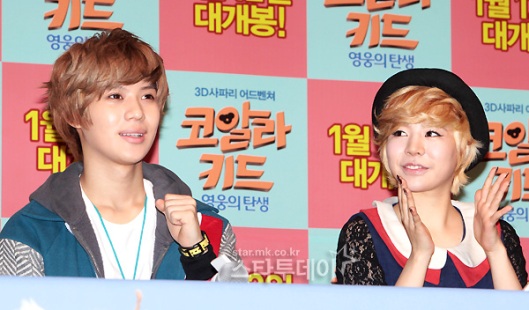 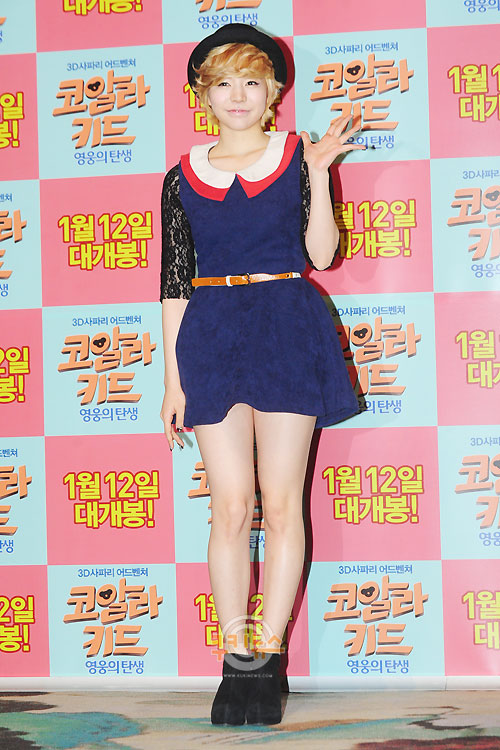 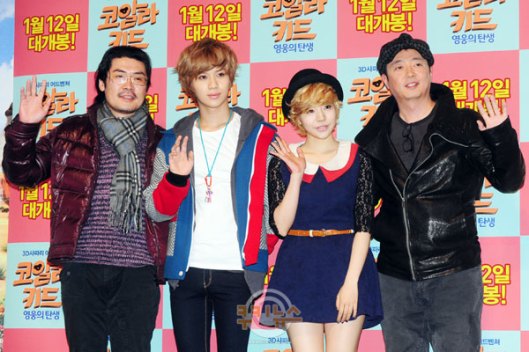 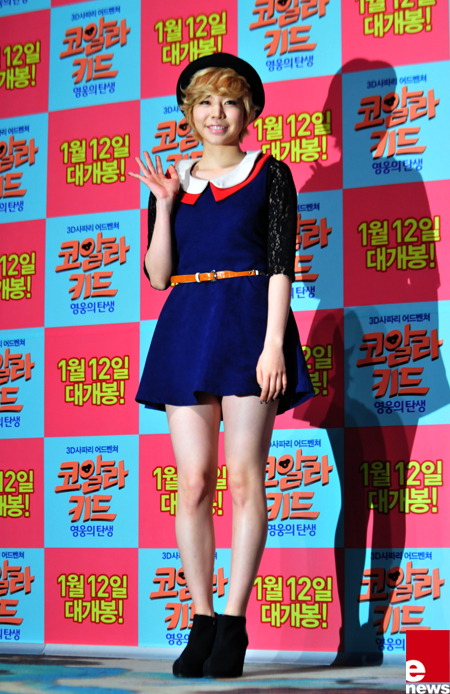 18 thoughts on “Sunny at premiere of “Koala Kid: The Outback””