SNSD‘s first Japanese album, Girls’ Generation, debuts at #3 on the weekly album chart of United World Chart. The United World Chart is a worldwide chart issued every week by Media Traffic, using both sales (digital and physical) and airplay to determine the most popular albums and singles worldwide. 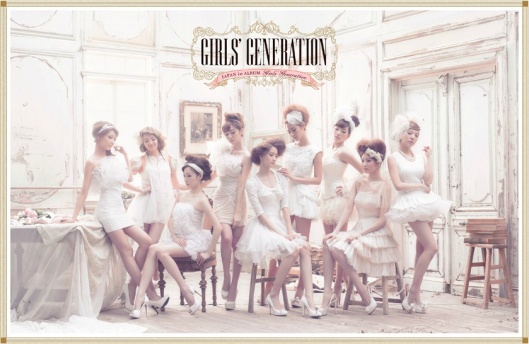 The girls’ first Japanese album debuts as the third top-selling album in week 24 of 2011, behind Lady Gaga‘s Born This Way and Adele‘s 21.

Previously this year, label-mate  TVXQ or DBSK also charted in the United World Chart at #4 with their comeback album, Keep Your Head Down.