Today’s flavor is TaeNySic! Have you had yours? 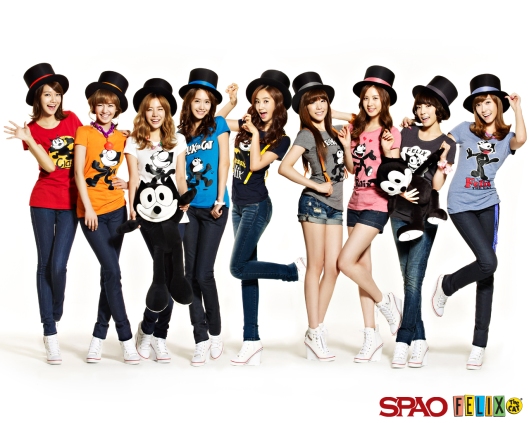 The good folks at SPAO never cease to please SONEs with awesome SNSD related goodies… not including the apparel! Hit the jump for the latest batch of “Felix Generation” wallpapers to decorate your PCs, notebooks, tablets, phones etc with. END_OF_DOCUMENT_TOKEN_TO_BE_REPLACED

And it’s all your fault Jessica. Wae so beautaeful?

Having heard several of Taeng’s songs with the music removed before, it’s no surprise that the kid leader is, well, amazing. Not to be defeated, Jesshika recently got her own solo song for Romance Town OST, and the mv has finally been released. Unfortunately, soshi’s second oldest does not make an appearance, but the song flows quite nicely with the scenes from the drama. (another to add to the list of things to watch, perhaps?)

More importantly though, a short clip of the sleeping beauty’s singing has been edited as MR removed, showing us all Jessica has to offer. I never understood why it’s ‘MR removed’ as I’ve always thought ‘MR’ itself stood for music removed, but maybe I’m just misunderstanding the abbreviation or something.. so I’m just babbling right now. Anyways, enjoy: