…Because without this exact number, things would be left incomplete.

When So Nyuh Shi Dae walked into the new world, the old world experienced a turning point that resembled everlasting change. There was no turning back. It was the beginning of a life threatening plague that would swipe out all living beings in the world and leave inevitable traces of soshi-symptoms upon many many people, such as increased heart-beat, laughing fever, the urge to act crazily, extreme spazzing etc. There’s this ironic statement that states that the cause to a disease is also the remedy, and this relates to SNSD as they are the one and only doctors that can cure these soshi-symptoms, yet once fans attend their live performances the disease just becomes worse. Regardless, we don’t give a hoot because the soshi plague is desired and its soshi-effects tend to bring out the positive aspects of life. Sure, the impact is tremendous, but who said these soshi-symptoms were bad?

The nine sisters were perfect for each other, they are now and will always be despite any tsunami-height waves triggering ahead. Perhaps in the dictionary perfection is defined as something without flaws, without mistakes. But in the soshictionary this isn’t so. Perfection is the ability to recognise, accept and be willing to learn from one’s past mistakes. It is a process of changing certain things in life to make them better and bring about positive effects to yourself and the others surrounding you, rather than merely a flawless result. After all, a life about complete perfection would be boring, because the world requires a contrast between the good and bad in order to highlight the former. SNSD’s cute mistakes during performances are what shape them into who they are today – success without failure is no success at all. What we also have to realise is that a mistake from one member will affect the whole performance routine, but what differentiates these girls from others is their ability to work as one and help each other – even if it’s just a quick glance during a mistake.

Nine sisters. One heart. Some say that they are only popular due to heavy promotions by SM Entertainment and that it’s not their actual talents for which they are famous for. Let’s get one thing straight. SME knows its work and they work damn hard to promote all its artists in order for them to reach their full potential despite the monetary value associated. But this does not necessarily mean that the ladies are nothing but just pretty faces. It’s true that not every member can sing so brilliantly, and it can be said the same for dance too. But if Soshi is being criticised because “Oh! She can’t sing for sh**” or “she’s got the skinny body but her moves aren’t even up to normal standard, even I can do better!” then this is all wrong. Well, to me at least.

Life is about a balance. Our bodies would not function if we only had ‘good’ substances with the complete absence of bacteria, and vice versa. Despite the need for equality between females and males in the contemporary society, both genders are born to have different features so that they can help each other in life. If everyone was the same then there would be no point of relationships. Same thing with SNSD. Every girl specialises in a certain area, which is why there are main vocalists and main dancers set by SME. Whilst YoonA may not be the best at singing, her dancing and acting abilities are evident. Taeyeon is known as the best singer in terms of vocal techniques despite she may not be top for dance. But it’s okay, because each member contributes a little to the whole soshi-bond and this is what makes Girls’ Generation complete. 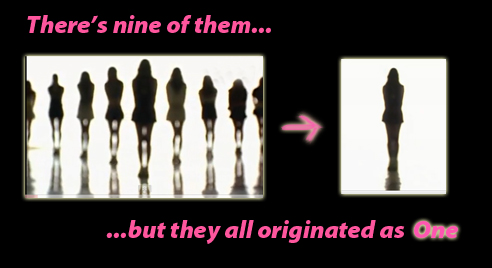 Watching SNSD grow for the past few years has been like standing next to a merry-go-round spin its way through ups and downs. It would be a lie to say that every single song released has been an ultimate smash hit but this doesn’t matter because if that really did happen, then every time they held trophies, every time they won awards things would seem bland and meaningless. There is nothing to highlight if there’s no shadow. There would be no shining stars if the sky was bright forever. They’ve been through tears and smiles, but in the end we know they will spin back to where we are viewing from because we can never escape them once caught. What’s more important is that they do not have fear for the end of the ride as the experience would outweigh all and everything.

“Sowoneul malhaebwa” they sing. There are plenty of wishes to be fulfilled as requested from Sones, espcially during the Christmas time. You are sitting down and in the middle of listening to a love melody, glancing through the frosted glass window and seeing the heavy fall of snow whilst your heavy breath blows a heart-shape onto the glass (or at least imagine it like me). Whether it is to meet the girls in real life, buy them presents or to hope that they will be happy every day, you secretly pray that your snowy wishes will be answered one day. Truth is, they can be your genies but that doesn’t mean every wish can be granted. However, the hope and anticipation of its possibility is what keeps us, Sones, alive. Maybe one day we will have the chance to meet and become best friends. But till’ then we will keep running and chasing after them, because they are worth every effort we make. 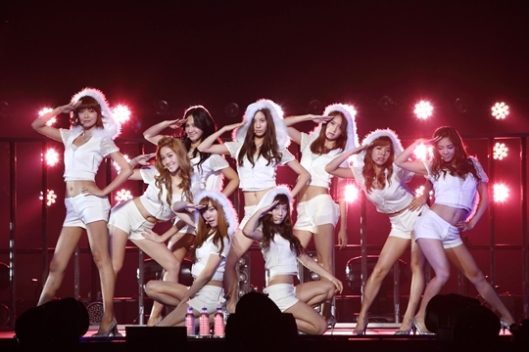 Girls’ Generation. They are our idols/role models, dominating figures, remedies, children riding on merry-go-rounds, genies and spies. Soshi is fierce – they kick, make the devil run, shoot arrows and hold guns. But their cute image will never be erased despite the appearance of ‘Black Soshi’, because Oh! Em! Gee! They are just too lovable. Here’s the proof (in no particular order):

When So Nyuh Shi Dae walked into the new world, the old world experienced a turning point that resembled eternal change. And from that point onwards all Sones will live Soshily Ever After, because it’s not the end that matters but the fact that their existence has already been the best thing that’s ever happened in Soshistory.

61 thoughts on “Soshily Ever After…”