The girls have landed in Taiwan for their concert on the 16th! Here are the fan cams/ accounts/ pictures that fans have managed to snag and share 🙂 Enjoy and for those that are going, I envy yooh! (as Sooyoung says) 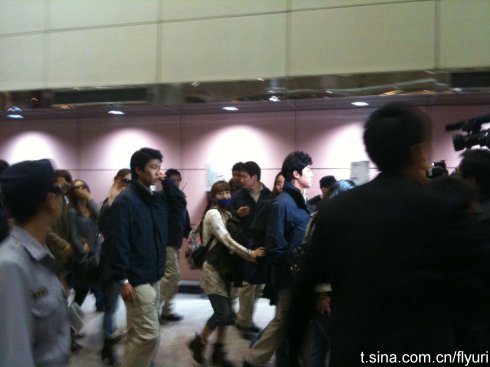 I know I say this so much but airport fashion always looks amazing on these ladies!

Now supposedly the girls are staying at the Sherwood Taipei so if you’re lucky you might spot them!

-Note that the pictures are not in any order and there may be duplicates. Sorry if there are any duplicates-

That’s pretty much it for now but if more surfaces, this post will be edited! 🙂 And we’ll have the concert fan cams and accounts up once the concert starts tomorrow evening.

59 thoughts on “Taiwan, The Girls Have Arrived”