As if that wasn’t obvious enough lol. This time it’s SUJU, B2ST, INNISFREE, and Kim Jang Hoon/PSY with a hint of nostalgia.

Label mates SUJU recently released their new album, and this of course couldn’t go without a hint of Super Generation. In the thankyous section, members Leeteuk, Kyuhyun, and Ryeowook all thanked SNSD members. Yoona in particular, seems to be quite a favourite. Maybe Yoona can finally collect all the stamps she needs? 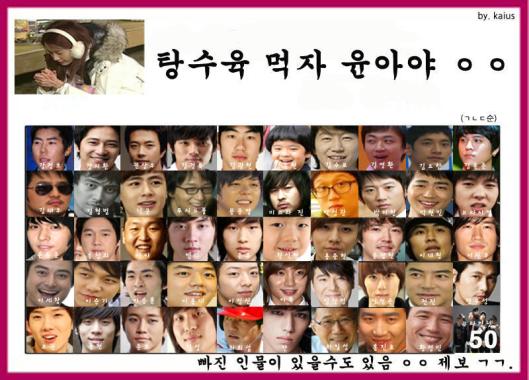 Also, BEAST’s Yoseob picked SNSD as the celebrities he would like to be kissed by for Adult Day. Mmhmm. He picked SNSD… as in all 9 of them. Then again, who wouldn’t? ^^

In a recent episode of FO2, Yoona was seen using an INNISFREE product before sleeping. It wasn’t something that was asked of Yoona to do by the company, and INNISFREE was really happy with the unexpected promotion when they found out. It’s little gestures like these that help make Yoona loved by many companies for CFs.

And you probably already know that singer Psy has done some imitations of the girls’ dances in the past, but this time the girls themselves appeared in a performance for Psy and Kim Jang Hoon. It was said that they performed Genie and Gee, which brings a nice feeling of nostalgia since all we’ve been seeing is Oh! and RDR for the past little while~ 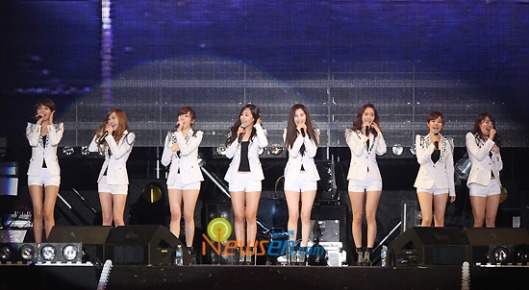 8 thoughts on “Everyone loves Girls Generation!”