Now that the promotions are over, it’s definitely worthwhile just to check out how each of the Genie performances unfolded and see how awesome our girls looked doing what they do best.

I apologize for all the cutoffs of Hyo (stupid WP doesn’t resize carefully enough), and obviously these performances are not encompassing every performance SNSD has done; KJE’s Chocalate, YHC’s Sketchbook, and others aren’t included in the mix, but nevertheless, the pictures already offer enough of a variety as it is.

In all honesty, the girls decked out in the navy blue uniforms just does it for me. But that’s not to say the others are any less awesome! To tell you the truth, these girls managed to do the impossible: Make every fanboys’ wish come true by combining the fantasies of military pwnage only seen in first person shooters from playing hours on end at the local PC-bang, with the sheer babedom that is SNSD. A thumbs up and a salute to these fine ladies.

With that being said, have a look over all of them and vote in the poll located below! (Some of the outfits make more than one appearance, so I omitted double entries) 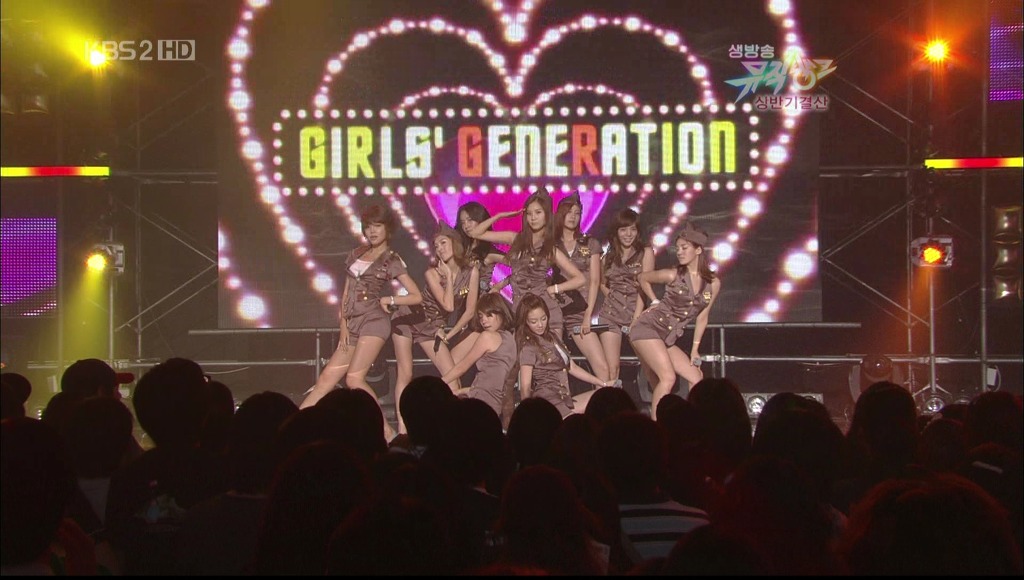 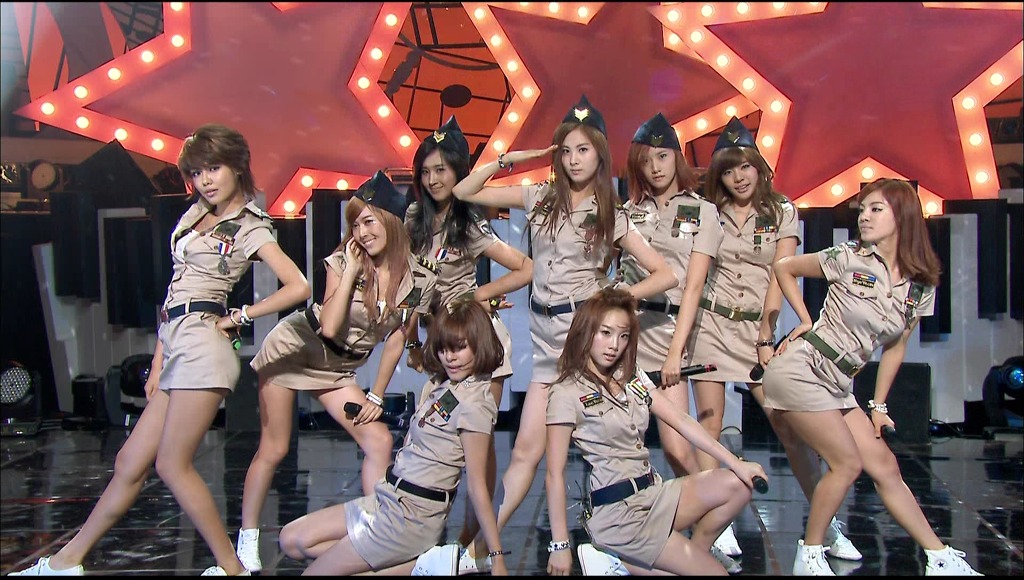 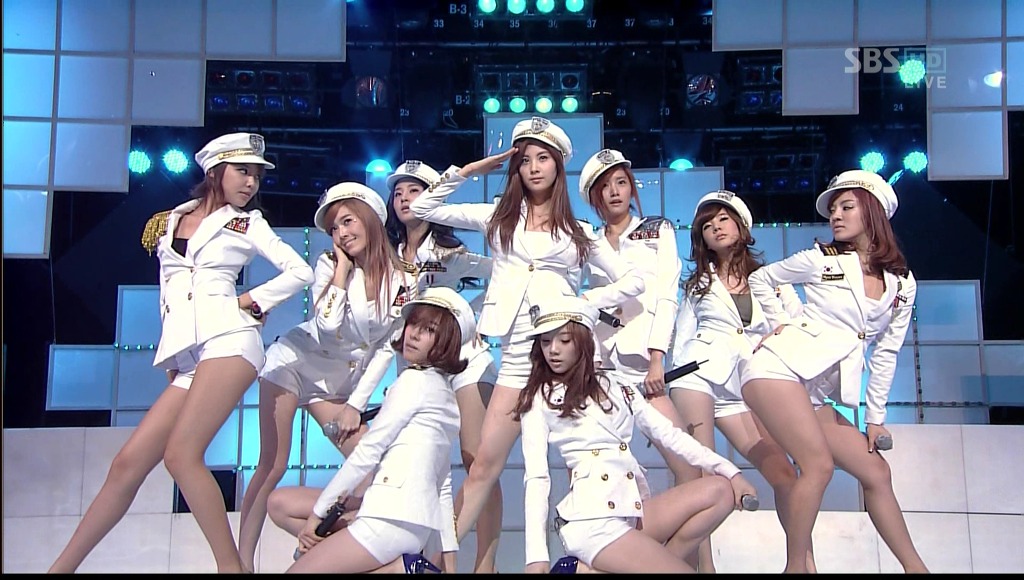 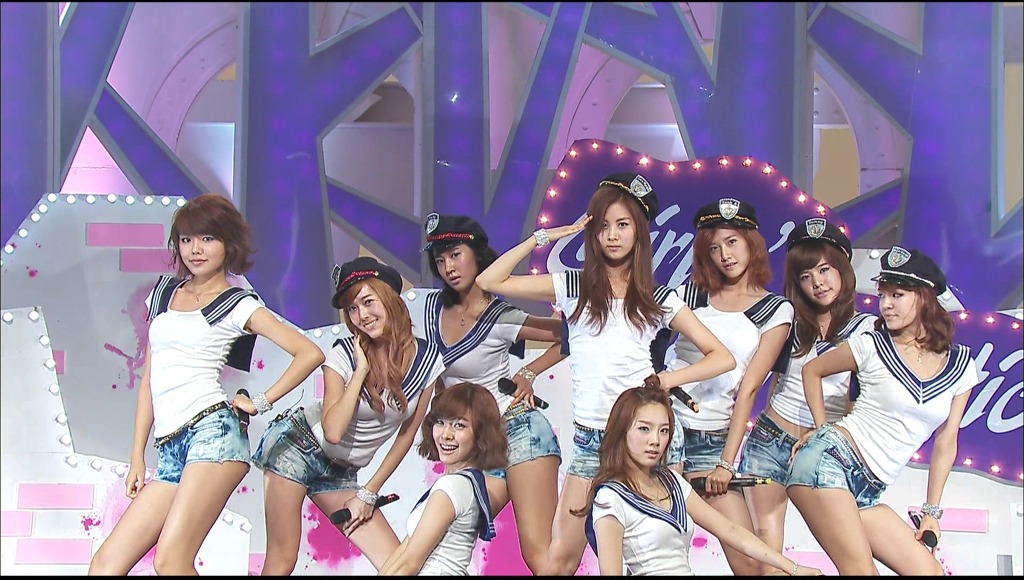 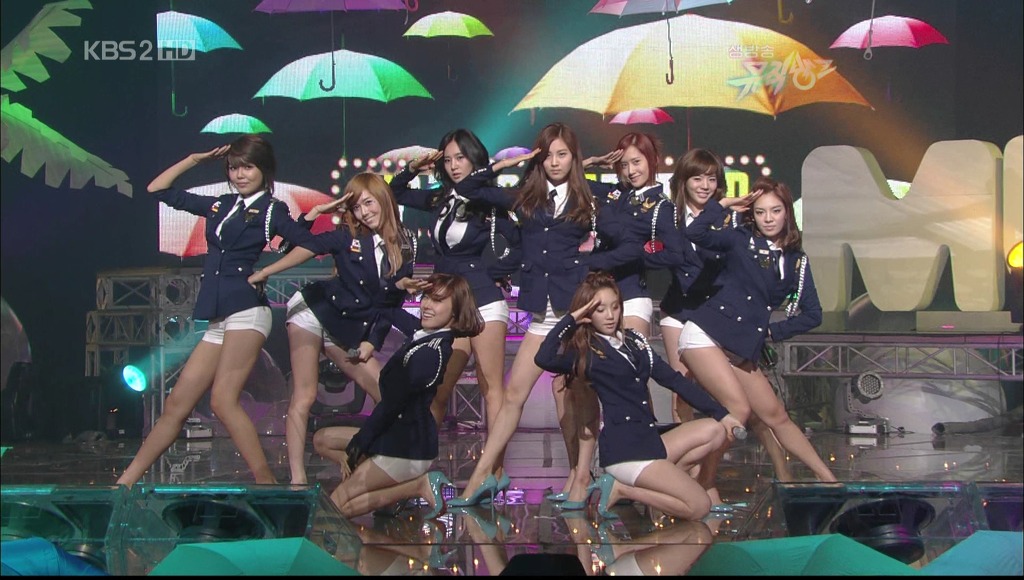 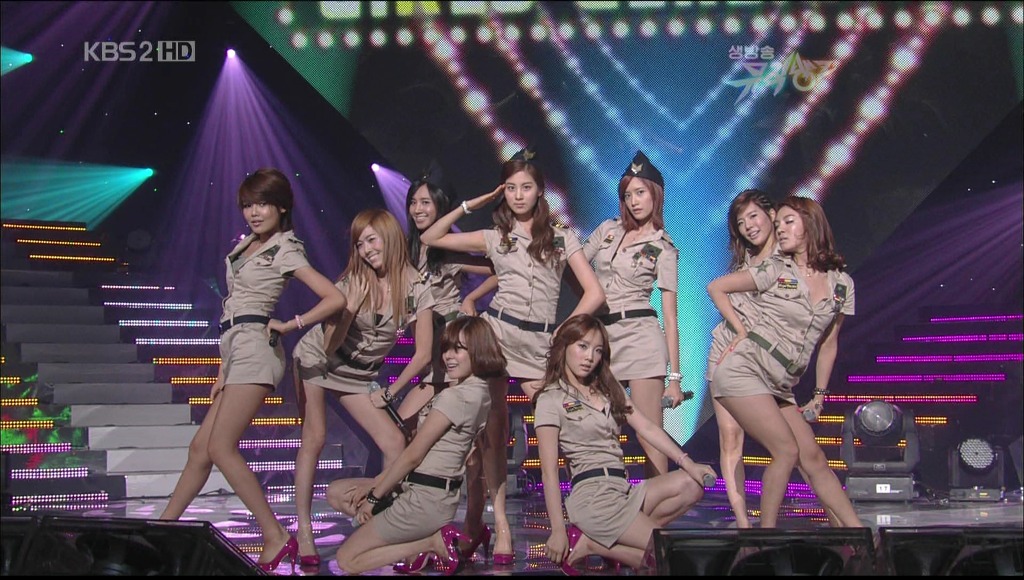 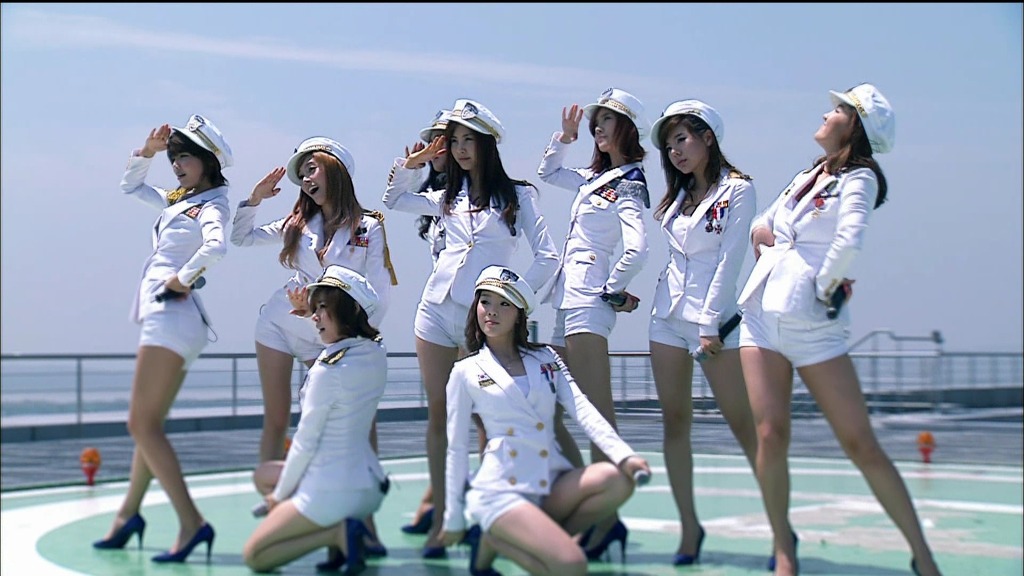 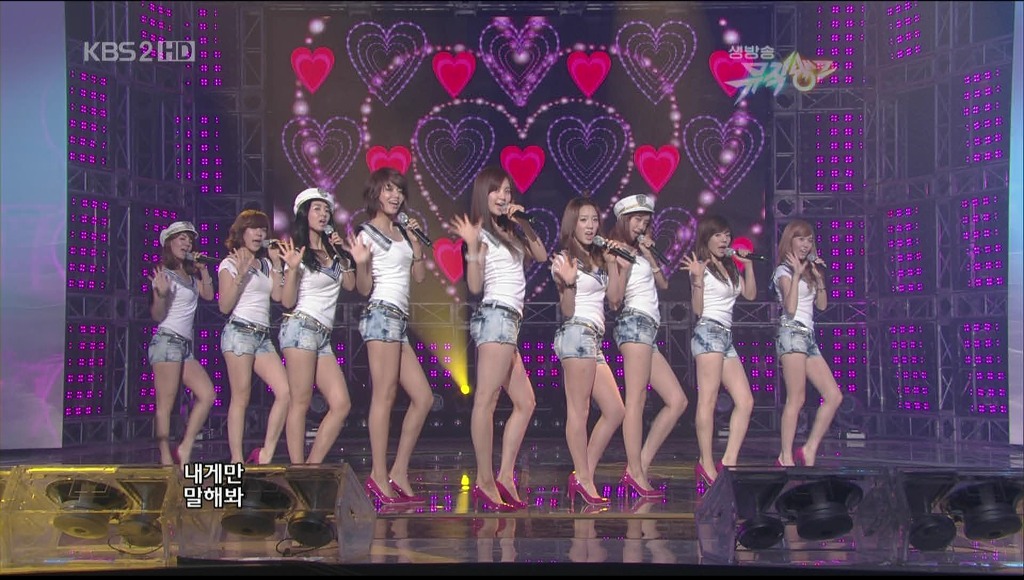 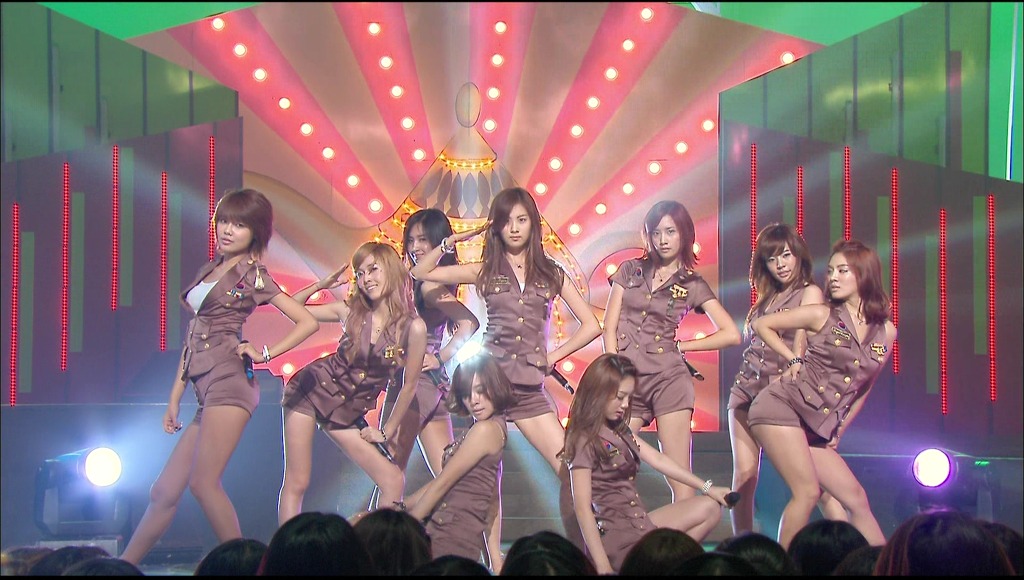 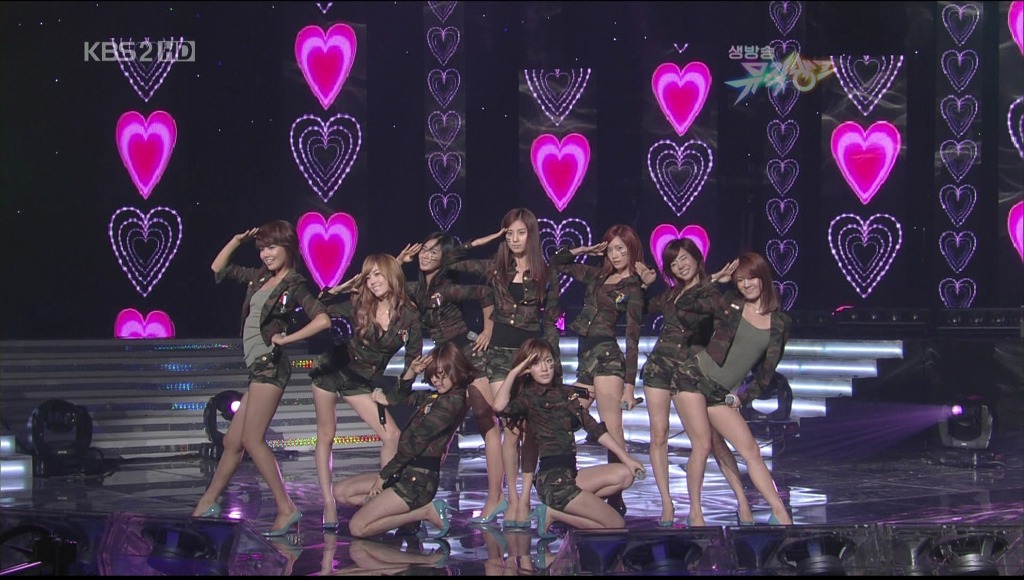 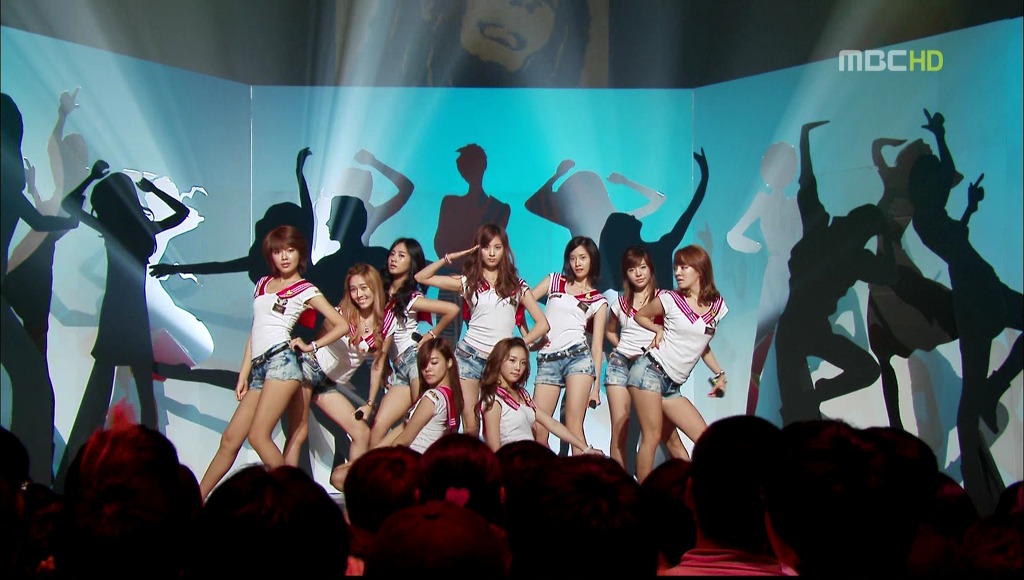 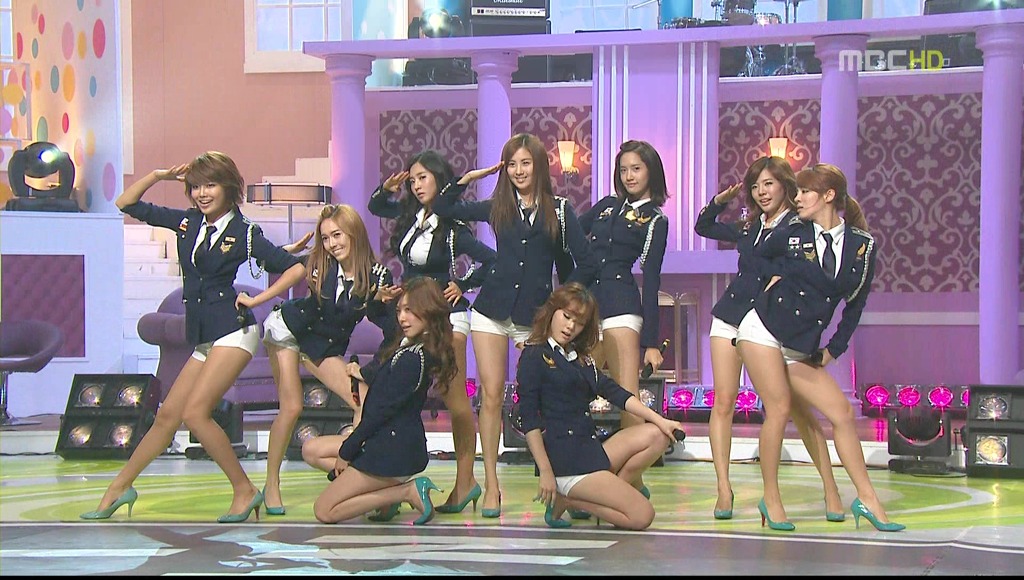 26 thoughts on “Genie Through the Ages! Pick and Choose Your Favorite!”