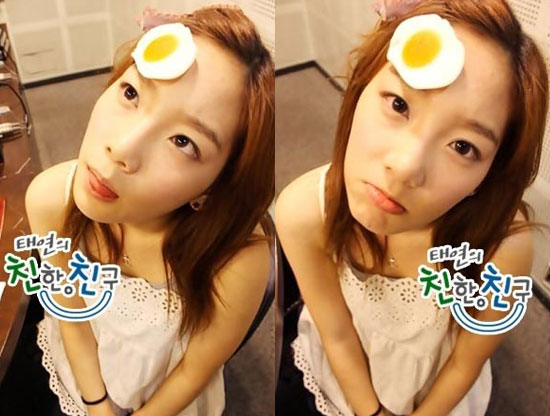 Taeyeon’s caused another internet frenzy when the above picture was recently released to the world!

Taken during a recent ChinChin broadcast, she had took an egg and well..as you can see, placed it on her head. Making a funny expression and then in one of the pictures, acting as a bowl of Naengmyun (is that how cold noodles look?..I’m sure so many of us wouldn’t mind eating her up now).

The dorky leader has once again made the netizens laugh by her adorable side, with some of them joking that  she’s lost it “let herself go” and complimenting how cute she is.

13 thoughts on “Taeyeon’s an Egg Head”