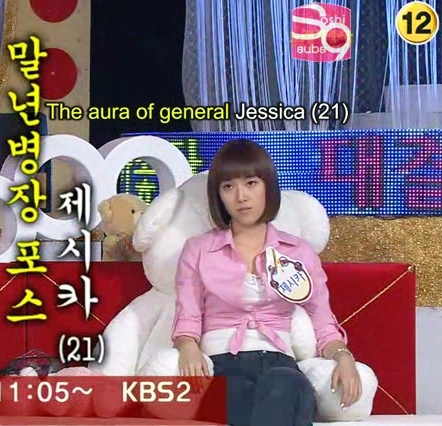 It’s time for some serious business now that Cindy’s most likely asleep. It’s the last day for the Don (Jessica) week and tomorrow evening will be Lady Tiffany’s turn to reign the sidebar for seven days. As a celebration for the ending of the rising ‘dawn’ and the coming forth of a new era, consider this the tying post for the OTP. And the story begins below!

Okay, so in continuation of >>this post<<, it’s time for Kkangpae Shidae! Freaking finally. This really isn’t what it was meant to be. It really was just gonna be a whack post with just me spazzing about gangster SNSD and why each one deserved their title in ranking within SNSD. I have no clue how I decided to tie in real life SM stuff… Basically, if I had written this sooner, it would have been COMPLETELY different from what you’ll read below.

Before we start, I must educate y’all on some of the terms I might be using through out the post. So I advise you guys to >>USE THIS KEY<<.

The Family is SNSD. Besides their closeness, they run the show, they are the higher levels. SNSD is a family (i.e. organized group) of gangsters who kick ass in the music indusrty.

Obviously, >>Jessica is the Don<< because come on, look at the way she acts. When it comes to making decisions during missions, she always puts her input in. The best part is when she doesn’t like someone else’s idea and pushes hers until everyone else just succumbs. And must we really talk about her temper and bitch face glare she gives?! Every Don must be feared and respected. We all know that TaeYeon is quiet and is usually kept in the back unless she’s needed and who is everyone else listening to? Who is it that makes the room quiet? Who is it that brings the seriousness of everything when she talks? Jessica. Because she da boss. She may be laid back and she may be quiet, but what boss isn’t if it doesn’t deal with making demands? She uses the fear she inflicts on everyone else to keep them working because Jessica should never have to ask twice.

Every leader must have a leading lady, someone to calm them down. Usually this special role has no special role in mafia affairs which is quite convenient for Tiffany, who has no business being in a mob. I mean seriously. SERIOUSLY think about it before you oppose this. Clumsy, gets nervous when speaking, talks loudly and without thinking, isn’t considered the brightest tool in the shed, and most of all- doesn’t know the slightest thing about being tough. But that’s okay! She’s the one that calms Jessica down and keeps her stress free 😉

The Right Hand Man is SooYoung. Most of you probably won’t understand this, and you probably assumed that someone like Yuri or Sunny would be the advisor… but if you think about it, SooYoung’s ALWAYS talking. If Jessica’s being too lazy, who does all the work? Who is the one who usually motivates all the girls to come together and do their best? Who always promotes a good image for the group? When someone talks crap about the group, who sets them striaght?! And most of all, who is the most violent and defensive and hot tempered? XD There’s no reason why SooYoung isn’t qaulified for thid role. She is manly and strong and in all honesty, if Jessica or Taeyeon weren’t older or have seniority, who else would make such a good leader? Plus, she’s such a player 😀 You can’t get anymore gangstah than that. Plus, SooYoung is scheming enough to take this role. 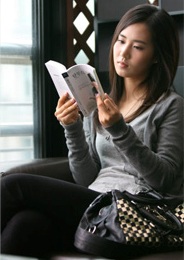 Finally, it’s Yuri’s spot! Yuri best fits the Underboss. When it comes to best organized, Yuri comes to mind. Plus, Yuri does a good job at fooling everyone she talks to when being interviewed. The Family knows her as this scheming, easily angered, and serious but light hearted. The outside world (media) sees her as innocent, professional, and all ready for work. Plus, it does help that this girl has like 12 faces! When it comes to secret affairs and business, you always need a different personality depending on what you need to do. And no one has as enough wit as Yuri! The Underboss and Right Hand Man work closely together because both need to inform the Don with what needs to be known and they’re always with the Don. SooYoung and Yuri, when are they never close? 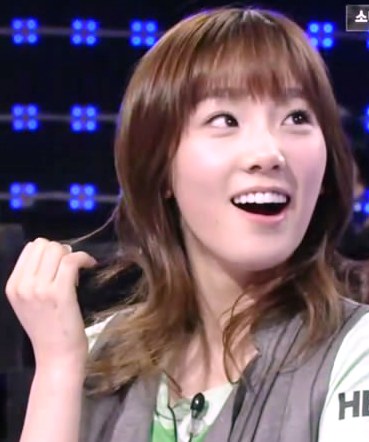 The highest ranking Captain has got to be TaeYeon. She seems to do well when bossing the kids around AFTER already knowing the plan. When it comes to making decisions, it seems she takes a while or needs to be handed an idea before she can react. However, when TaeYeon talks, people listen. When TaeYeon needs something, people will try their best. Why? Because she’s the captain that cares for her people.

Sunny and HyoYeon I think are just about on the same level Captains. However, these two Captains are strong in completely different things. They have good teamwork when they’re together. Plus, what’s not gangster about these two? HyoYeon dances like she’s from the streets, has a temper that’s deathly scary because she’s so calm, and with all that muscle she’s gotta be strong as hell. If there was a fight, I’d want HyoYeon to have my back.  As a captain, she’s patient, and takes her time to teach you or help you out.  Sunny on the other hand has got smarts, I seriously think this girl is all logical in her head. She may fool you with her cuteness and she’d probably be one of the last ones you’d expect as a gangster, but let’s face it, she gets serious too! When things are going tough, Sunny solves it by calming everyone down with some comedy. If someone needed an escape plan, if someone needed to come up with a strategy quickly, if someone needed to rise from the pressure and save the day- it’d be Sunny. Plus, this girl never complains about anything that most girl would never want to deal with. She also seems to be good with technology… all that DS playin. But don’t for once think Sunny’s all brains because this Kuwait born is feisty! You don’t have all that energy for thinking, now do you? And can’t forget to give credit for Sunny making up SNSD’s Sicssor gang sign! “Don’t Give it Up” y’all. 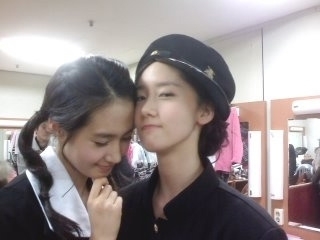 YoonA definitely has one role in the mob as a Soldier and that’s to be the spy. When they need a runner to go out there and risk it all for the team, that’s YoonA. YoonA’s pretty easy to convince and comply with a mission because she never really complains and just listens to whatever is being said. This definitely comes in handy with Yuri since she’s always out and about doing business. And the most dangerous factor in business is competition. So what does YoonA do exactly? She flirts with the enemy! But don’t let this fragile face and thin waist fool you, cuz she’s freaking strong. Only the best of training made madatory by her lover boss Yuri with the help of HyoYeon.

SeoHyeon is the lowest ranking Soldier. I mean, come on, she looks like she could barely hurt an ant. But piss her off enough, I think she could become the angriest of them all. Let her crab (cancer sign) come out and pinch yo ass hardcore! She may be the lowest ranking soldier, but that’s because they get the job of beating everyone’s ass. There’s a fight? Seobaby’d be in there in a heartbeat. Cuz that’s her job.

OMG WOW longest puckin post evar…. and that really wasn’t it. I seriously tried to take out anything that related to couples because that’s a whole nother story/theory. What’s a genius without theories?

And now to end my Kkangpae Shidae tale like Grand Masta BoA says, “That’s that and I ain’t gotta say no mo’” 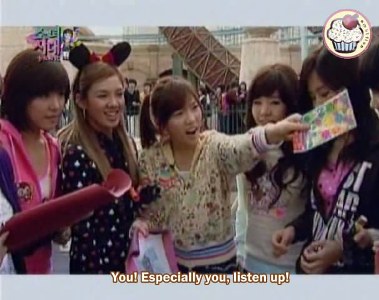