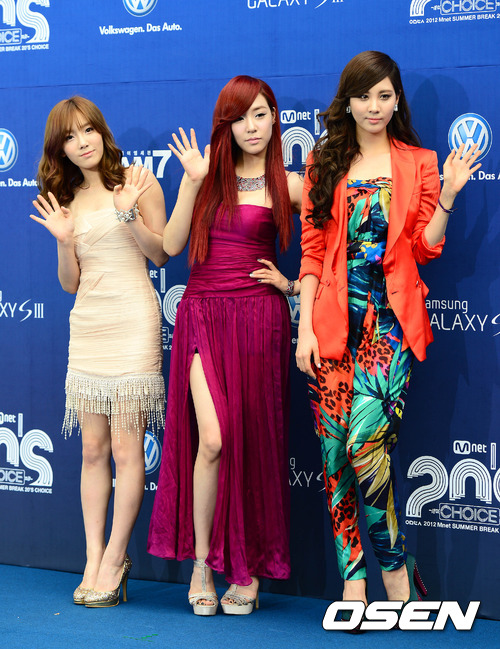 The past few weeks has been super hectic on this year’s Mnet’s ‘20’s Choices Awards‘ as online votes were very tight and close. Mnet 20′s Choice is all about the trend of people in thier 20s, and presents fresh and new awards with shocking performances!

Held today for 5 hours straight, on June 28th, the open party award ceremony was held in Seoul. With nominations from Drama Stars and Style to Trendy Music, it was no surprise that our girls was selected to take part. So who and what were our girls nominated for?;

If you watched the stream live or even LUCKY enough to be there, you’d know that our girls didnt leave with the hands empty. Yes thats right! Ahead by a large amount of online votes, TaeTiSeo won 20’s Trendy Music award, surpassing other Kpop stars like BigBang, FTIsland and more. All I have to say is, Well Done Sones!

Although Yoona, SooYoung and SNSD didn’t win their awards, the online voting poll was super close as all 3 nominations took 1st place multiple times over the last few weeks. Percentages of votes were virtually the same as other nominee.

Those who missed the Stream live, no worries as you can watch TaeTiSeo’s Blue Carpet appearance, Photos, Winning Speech and Performance all below;