Teaser 2 at the bottom!

SM Entertainment has decided to make a documentary on their SMTown Live in NYC concert from last October!

The movie is being co-produced by SM Entertainment and CJ Entertainment.  It will be called “I AM – SMTown Artists The Days of Youth.”  It is scheduled to be released in the first half of this year.

The film is a biography about the artists, and will reflect upon each of them through interviews, self made clips and behind the scenes footage.  It will cover the artists from when they debuted until now, and their future.  Fan made clips will also be included in this documentary.  Maybe you’ll be lucky enough to have one of your clips included!

I’m really looking forward to this documentary, one, because nothing like this has been produced before, and two, because it is show casing SMTown Live in NYC.  This concert has a special place in my heart because I was lucky enough to attend it in person!  My experience of the trip has also been documented here, if you’d like to read it.  Also, because I’m sure we’ll learn more about each artist and the undoubted struggles and sacrifices they had to go through to become successful (especially Tiffany since, to this day, she is still away from her family and she’s the American in a far away land).

Look forward to more updates as information gets released! 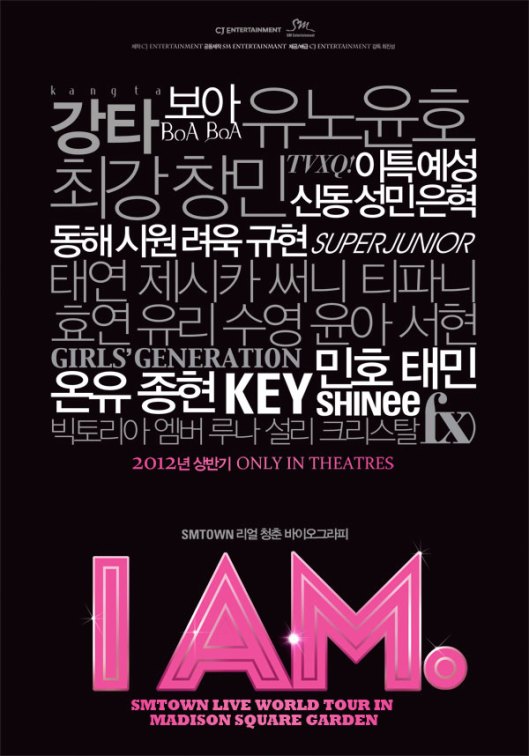 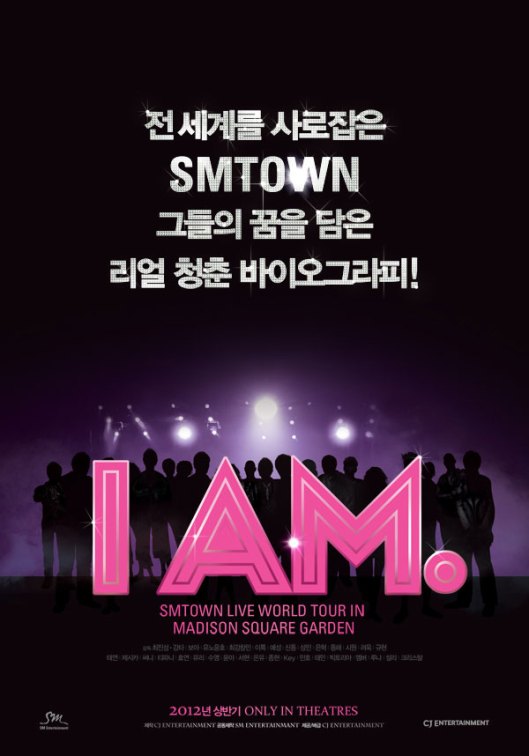 Still can’t wait for this movie to come out!  Looks epic!

13 thoughts on “[Edited] New “I AM” Posters from SM Entertainment”