Santa U Are The One, smtown, the warmest gift, winter album 2011

SMTown has just released the MV for ‘Santa U Are The One‘ off their latest winter album, ‘The Warmest Gift‘. The track was sung by Super Junior and Super Junior-M members, Henry & Zhoumi. While the ladies of SNSD did not directly participate in the filming, they are featured in the MV through various clips from the album photo-shoot.

A few moments ago 1 minute previews of the tracks on SM’s Winter Album “The Warmest Gift” appeared on Melon and before I even finished a once-through of the short version of the album the full audio of SNSD’s song ‘Diamond’ had been uploaded. Thank you, K-S♥NEs!! Now treat yourself to some winter magic, Soshi style!

Please remember to support the girls and the other artists who contributed to this album by buying and/or legally downloading it.* Thank you!

*There are of course several places you can purchase the album, this is just one we happen to love here at SNSDKorean 🙂 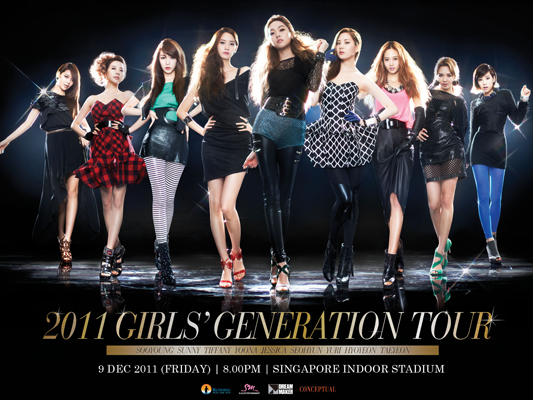 and lived to tell a tale of awesomeness and multi-sensory overload 😉 ! END_OF_DOCUMENT_TOKEN_TO_BE_REPLACED

With 2011 coming to a close, Billboard has revealed its 2011 Year-end Charts. On the Japan Hot 100 chart, seven spots have been taken up by four different K-pop groups: KARA, Girls’ Generation, T-ara and TVXQ. Japanese idol group, AKB48, topped this chart with “Everyday Katchusha” and “Flying Get” in first and second place respectively. Girls’ Generation charted at 11th place with their song “Mr. Taxi”. “Gee” also found a spot in this chart at number 23. END_OF_DOCUMENT_TOKEN_TO_BE_REPLACED