We of course know that all of the Soshi girls are really angels in disguise (they’re just really good at hiding their wings) and that they were sent to us so that we may always have music and a reason to smile. But did you know that there may be some angels among S♥NEs as well?

Recently Japanese S♥NEs put a project together in the name of SNSD’s member on the mend, Sooyoung. And our selfless ShikShin returned the favor to all S♥NEs with a gift of her own ♥ Click below the jump to find out more about the generosity of angels.

Japanese S♥NEs intended to collect at least one thousand paper cranes to show their love and give Sooyoung the strength and courage she needed for a quick recovery. 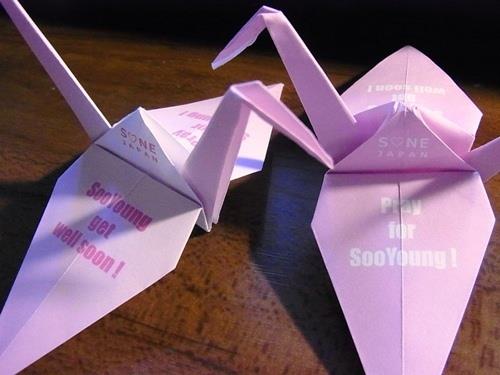 “In Japan, the crane is considered as one of the mystical or holy creatures (others include the dragon and the tortoise) and is said to live for a thousand years. Ancient folklore promises that anyone who folds a thousand origami cranes will be granted a wish by a crane, such as long life or recovery from illness or injury.”

Here are just a few of the cranes fans folded with Sooyoung’s health and happiness on their minds: 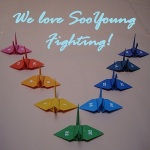 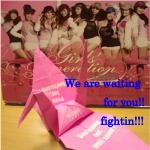 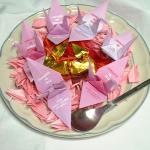 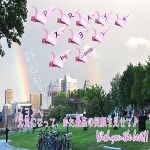 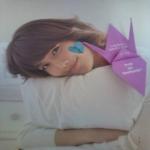 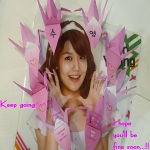 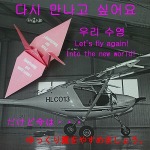 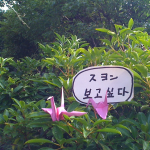 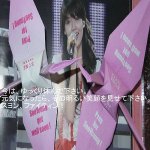 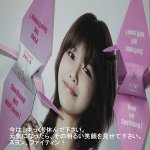 You can see many more designs featuring the get well cranes here so make sure you check them all out! 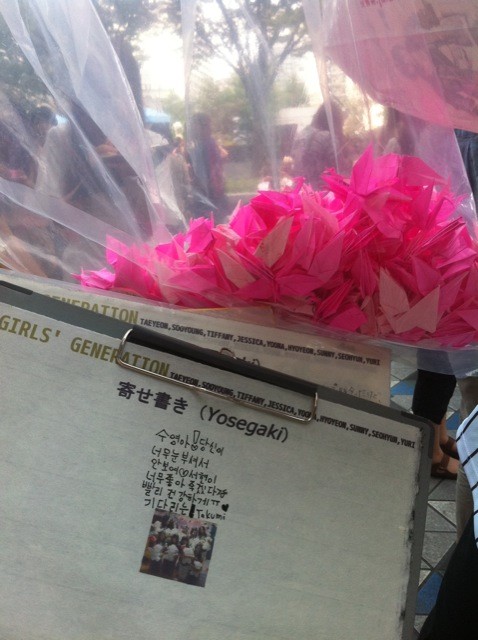 Now I’m not entirely sure, because I wasn’t there, but I think they may have surpassed their original goal ^^ Way to go, J-S♥NEs!!! And Taiwanese S♥NEs created a sweet video that showcased their love and hope for a speedy recovery:

In response to all the love and concern pouring in from pink supporters across the globe Sooyoung herself put together a video message and tribute to S♥NEs that will hopefully put your worried minds at ease and leave you with that warm, fuzzy feeling only Soshi can deliver. I’ll let the video do the rest of the talking. Warning: you may want to grab the tissues.

Angels inspiring angelic acts- what could be more beautiful?

36 thoughts on “Hearts of Gold”