Updated: added the SectionTV cut of Yoona and Lee Minho’s Eider photoshoot (in which Yoona reveals a wish)!

It was previously reported that Yoona and South Korean actor Lee Minho were selected to model for outdoor clothing brand Eider.

The two were scheduled to head to Australia for a CF shoot, however due to safety issues concerning climate change (what the?), both Yoona and Lee Minho will now be heading to Los Angeles on August 8th, for the shoot instead.

Apparently, for the CF, Yoona will be physically scaling the rocky terrain of LA’s mountains, and as a result has been hard at work practicing on indoor rock climbing surfaces at training centers in Seoul. 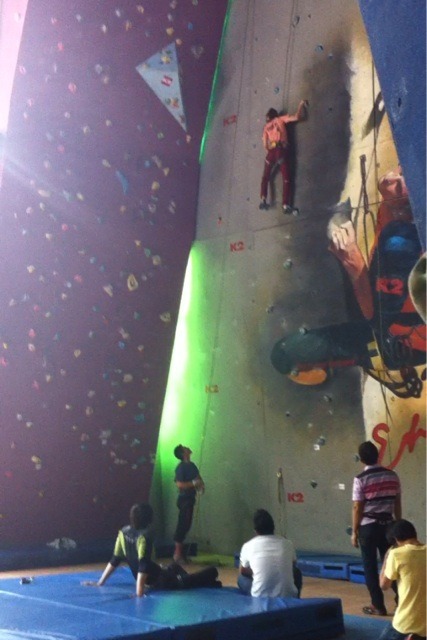 I’m sure Yoona is very busy due to SNSD’s activities but it seems that her rock-climbing technique is pretty good. I think she is ready for the actual rock-climbing.

For us SONEs concerned about our choding’s safety as she tackles the mountains of LA, fear not as both Yoona and Lee Minho will be given complete instructions and information from rock-climbing experts, as well as being fully equipped with safety devices.

If there’s anyone that can take on mountains, it’s Yoona!

Tidbit: I’m disappointed that Yoona won’t be coming to Australia for this shoot. Oh well, there’s always that K-pop concert in November though 🙂

Bragging right: I’ve done a bit of free climbing (no rope/gear) myself, and it’s not easy…

In the interview portion with Lee Minho and Park Seulki, Yoona reveals that if she had a boyfriend, the one thing that she would wish to do the most is give him a back hug. Hilarity ensues when Park Seulki cheekily gives Lee Minho a back hug in place of Yoona after hearing her wish.

She’s still looking as gorgeous as ever.

31 thoughts on “[UPDATED] Ain’t No Mountain High Enough for Yoona!”