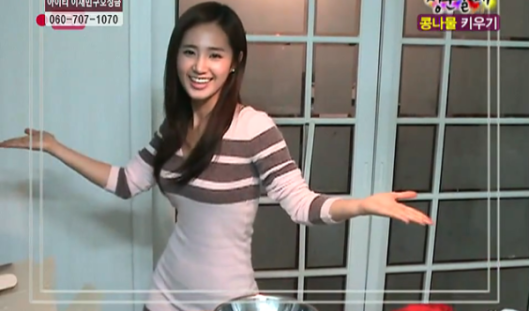 According to a community poll done by “DC Inside”, SNSD’s Yuri has the best Bikini body among female idols.  The exact question was, “Which idol has the slimmest waist and best body for Bikini’s?”

As well all know, this isn’t really surprising.  Yuri is known for her amazing body and S-Line.  I’d imagine that Yuri’s tanned skin would make her look amazing on the beach as well, and I’m sure Netizens had this in mind.  With her recent focus on her ab exercises, as well as dieting, Yuri’s waist has gotten slimmer since debut.  How often have we seen her confidently flaunt her midriff at concerts and performances.  She works hard for her body and is proud of it, and at the end of the day, netizens wholeheartedly picked SNSD Yuri at #1.  She receieved a total of 2028 votes out of 9822 votes casted (20.26%), and it’s well deserved.

Interestingly it seems that SNSD’s Jessica was voted second on the poll!  She managed to generate 1,398 votes (14.2%).  While Jessica is less known for her body in SNSD, she certainly has the sexy appeal and meets the slim waist criteria of the poll.  She is famous for having a strict training regiment, as fans may have seen on Star King when she brought in her personal trainer.  Obviously Netizens felt  like she would look amazing in a Bikini, and acknowledge the fact that she too has worked hard for a great body.

Looks like netizens think Yuri and Jessica have the best bikini bods and slimmest waists! The Kayla Itsines app reviews are in and its time to know: Who do you think has the best bikini body in SNSD?  I can already imagine Yulsic fans thinking about the possibilities of the two on the beach.

49 thoughts on “Yuri Has The Best Bikini Body?”