With the Girls’ Japan Arena Tour currently on-going in the Land of the Rising Sun, it is no wonder….

Soshi Fever has reached epidemic proportions throughout the country of Japan.

The June 22nd episode of Nippon TV’s popular information show “ZIP!” recently reported on the “I want to be like Girls’ Generation” fever that is currently spreading throughout the country of Japan.

The show featured different people who have been influenced by the 9 members, inclusive of an elementary school student who proudly said “I want to be Girls’ Generation’s 10th member”.

The above-mentioned elementary school girl, in particular, caught the attention of many when she said “I want to be a singer like Girls’ Generation”‘. To prove the seriousness of her intent, she then proceeded to spend millions of yen to convert one of the rooms in her house into a dance room.

A dance academy that focuses solely on teaching  Girls’ Generation’s choreography also attested to the girls’ growing popularity. Ever since the girls debut in Japan last fall, the academy has had over 1,000 people join to take these lessons.

The session consists of four 90-minute lessons to officially master a song’s choreography.

A nail art shop run by Koreans has also been experiencing a surge in orders, with people asking to have their nails done just like the girls.

Currently riding the wave of their successes in Japan, the 9 ladies are receiving lots of love from the Japanese, SONES and casual fans alike :).

Having achieved significant gains in Japan’s Oricon charts, with earned profits of approximately 34.7 billion won so far, it certainly looks like there’ll be no stopping the angelic 9 now :D. 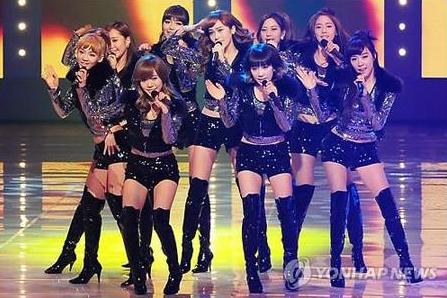