I believe that I have figured out the identity of Mr. Taxi with a 9% confidence. fooooooooo~

With the official release of SNSD’s first original Japanese single in a few days, as well as a preview of the Mr. Taxi mv thanks to a Japanese TV show, many fans are eagerly anticipating their comeback after a few months of being soshi-deprived. Despite all the CFs and other advertising media the girls have appeared in, the lack of performances certainly has made the past little while hard to bear.

In 3 days however, all the waiting will finally be over; we will get to bask in the glory of Girls’ Generation once again. Like always, SM has left some details unknown and questions unanswered in order to tease sones – to keep them curious and wanting, not knowing what to expect. For example, the title track for this new single is Mr. Taxi, but.. who exactly is this man? This time, I won’t let SME have their fun. This time, I will burst SM’s bubble, and reveal to the world who I believe is the one and only Mr. Taxi. 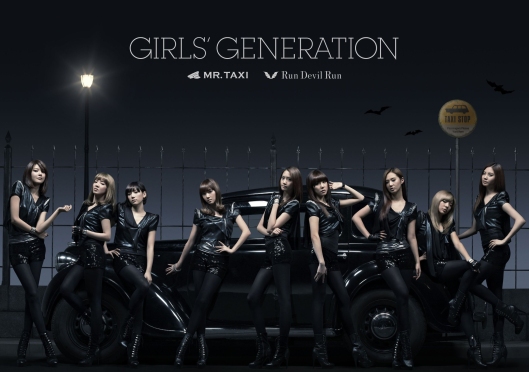 Mr. Taxi is a real man. He wasn’t always a taxi driver, but he likes to try new things, to take on challenges. That’s why this is a taxi driver that will take on the world while kickin’ in the front seat of his cab. Evidently in the lyrics, he is someone that can go “at a speed that can’t be caught”, and “go anywhere freely, that’s right, even to the end of the universe.” With the ability to drive on both the right side and the left side of the road, he is a force to be reckoned with, and certainly deserves a soshi song all about his adventures.

The biggest clue to his identity isn’t in the lyrics however, but in the album covers. As seen above, the girls give off a mysterious and deviant feeling, but in a good way. Soshi appears in black leather outfits, projecting a high level of sophistication into the night. This is clearly a clue to how Mr. Taxi dresses, and there is only one man in Japan that I can think of that can pull off looking that awesome.

Mr. Taxi is none other than… 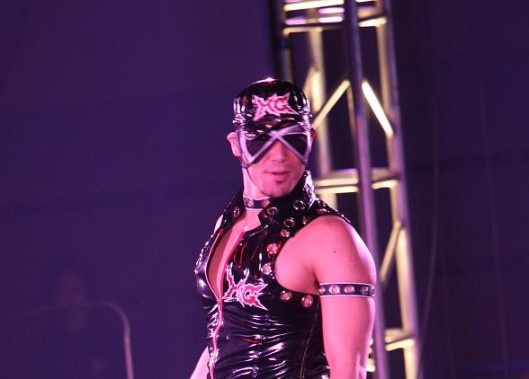 I am not responsible for any links you decide to click on when performing a youtube search if you are not aware of who this man is. [May be inappropriate for younger viewers]