Being a marvelous singer and the man that helped teach Taeyeon how to sing, The One (Jung Soon Won) answers in an interview his impressions of Taeyeon, being relevant since he and Taeyeon have not too long ago released their duet “Like a Star” 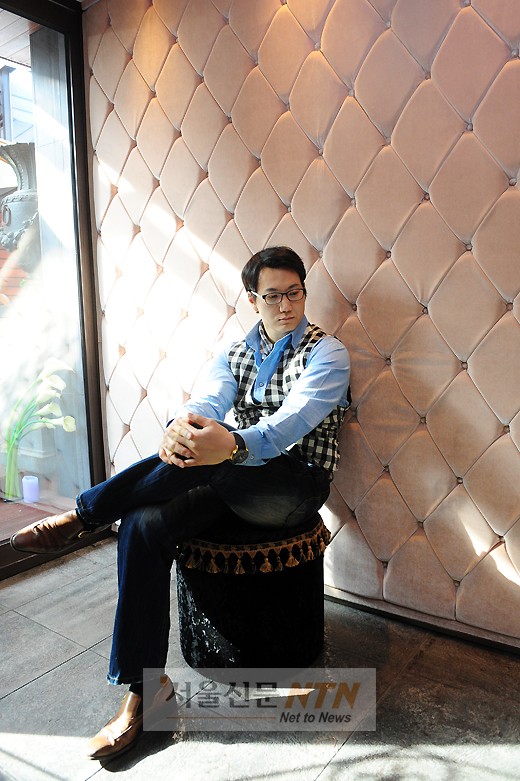 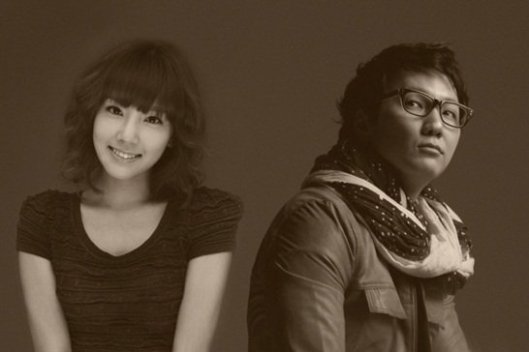 Hit the jump for all the Taeyeon praise!!!

Although there are countless singers including TVXQ and Fly to the Sky who became singers after taking his vocal lessons, ‘Girls’ Generation’s Taeyeon,’ from their first meeting, has been acknowledged as a ‘different student.’

“I taught her before her debut, from 8th grade to 10th grade so I taught her for three years. Taeyeon as a kid? Besides the fact that her singing was outstanding, more importantly her thought was just different from others.

The One explained the difference as follows. While other fellow students came to him with a vague dream of ‘becoming a celebrity,’ Taeyeon had a clear goal of ‘becoming a singer and sing to be on top.’

“Her thought was different in the first place. She was clever and definite. She set up her own standards in learning to sing and showed a clear conviction and desire.”

The One gave his young student showing ‘future potential’ the opportunity to participate in an album for the first time in her life. That is the duet song from The One’s 2nd Album, ‘You bring me joy,’ which was released in September,2004, even before Taeyeon debuted as a member of Girls’ Generation.

“It was possible because I was sure that this kid will make it. Well, that she will some day.. I could have sung the duet with a famous and renowned female vocalist, but I wanted to recognize her potential.

The One and Taeyeon sang a duet song 7 years after their first one, showing off their special ties.

In The One’s 4th regular album part 1. ‘Walking on Heaven’ that has been recently released, Taeyeon and The One, by singing a harmonious duet in ‘별처럼(like a star),’ showed a ‘beautiful potential,’ charing #1 on every single chart(also called 올킬-all kill in Korean)

“What is more valuable than a #1 on charts is that she gave me joy as a teacher once again. As she did before, Taeyeon’s attitude and passion towards singing has not changed at all. The willpower of a little kid, even with a hordeolum(kind of an eye infection) because she was so tired, saying ‘선생님(means teacher), I can do better! I’ll do it again better.’ It’s incredible.

She was probably appointed as a leader of the top girl group Girls’ Generation for her enthusiasm, however, The One himself said he ‘didn’t know that Taeyeon was that Taeyeon(?).’ when he saw her on TV, laughing.

“One day I turned on the TV saying ‘So what’s this Girls’ Generation..’ and I saw someone like Taeyeon. haha. I was surprised and when I called, she had officially debuted as a lead singer in Girls’ Generation. I was so proud of her. I knew she would make it.”

Taeyeon did not forget her thanks to her mentor as well. Along with her parents who came all the way from her hometown Jeonju, they had dinner together, and The One gave a couple advice to his student, and told her about future directions.

When asked if his student who became ‘the most popular star’ had changed, The One shook his head, smiling.

“If something’s different, then it would be that her subjectivity has become more clear. While she did before, she became clearer in saying whether she liked something or not. She’s a singer who has a passion in singing, not an idol who’s easily carried away.’

Would it be a mentor’s greed. Taeyeon, from The One’s perspective, left a few regrets.

“She’s doing idol because she’s young. I believe that she can show much beyond that. For genre, rather than dance, ballad that can show her singing skills suits her better. Of course looking at her expanding her own area by releasing her solo songs and working as a DJ, I believe that the stronghold(아성 – i don’t know what this is T.T) for the name Taeyeon can grow higher.

The One described this moment in which he can stand on the same stage as his students as ‘a gift from heaven and a bliss.’

It’s a race that has yet to show its end. The One, as a singer, and a mentor.. is running on the given track with his own pace.

“I will continue to run by myself. While continuing to run and walk, I probably will meet my students running beside me and they might pass me by as well. Then I would tell them. When I went up that hill they had something like this..Isn’t it great. Running a marathon together.” 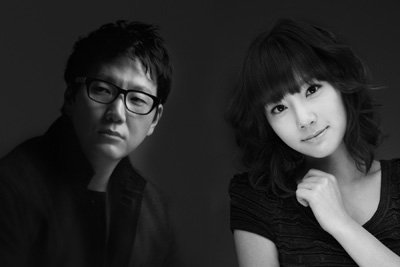