For many people outside the SNSD fandom and for some new SONES, the one member who seems particularly cold and distant is probably Jessica. Understandably so. On the outside, Jessica can live up to her old nickname- the “Ice Princess“. However, on the inside, Sica is cucumber-phobic, secretly full of aegyo, a YulSic shipper, a pervert, a dork, and a girl who loves her members and friends.

Me, an Ice Princess?

While Jessica may seem to newcomers as haughty and hard to be friends with, the following statements from fellow members and other Kpop artists show otherwise:

“Usually Sica and Fany visit our dorm. We’re good friends behind the camera!” – Kara’s Gyuri
“Sica is Goo Hara’s good friend.. Sometimes Hara visits our dorm and Sica visits KARA’s dorm..” – Taeyeon
“Sica is close too with Hyunjoong (SS501) oppa and Jaejoong (TVXQ) oppa too.” – Yuri
“Jessica is fun. It’s nice to talk with her.” – Super Junior’s Eunhyuk (Sukira Radio)
“I know Jessica from SNSD, she’s a good friend. We met on backstage, and she smiled to me first, then I replied her smile!” – 2NE1’s Dara
“Jessica noona said she wants to make cakes for every fans’ birthday if it’s possible!” – Shinee’s Taemin (Sukira)
“She has an amazing voice and many talents!” – Psy
“Sica would be pretty if she’s a boy. She’ll kill me later if she knows about this. oh no.” – SS501’s Kyujong 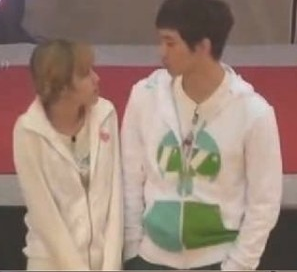 “My mom likes SNSD Jessica and Yoona, she thinks both of them are good wifes.” – Junho 2PM
“If you don’t know Jessica well, you’ll dislike her, but if you know her, she’s very fun!” – 4Minute’s Sohyun
“You’ll feel Jessica’s aura when you’re around her. Strong aura.” – Super Junior’s Donghae (SMT live 08)

Sica doesn’t like if someone call her with Sickkal (knife) except Heechul
“Jessica said ‘good luck’ to us, even if it’s also her group’s comeback stage!” – 2PM 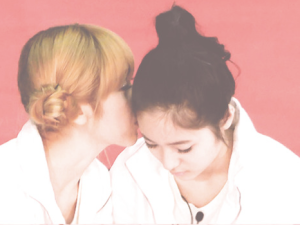 “My parents are sure that my sister will be a successful woman someday. I believe it too.” – Krystal f(x)
“I feel very grateful to her because she recommended me to the drama musical’s director so I can play in that musical!” – Shinee’s Onew
“Jessica once told Jiyoung and Nicole how to be good idols. She’s very nice to us!” – Kara’s Hara 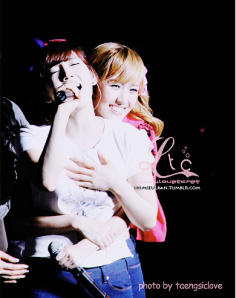 Sica will sits beside the member to talks with them when they can’t sleep.” – Taeyeon
“I feel very grateful to Jessica unnie, she told me how to control my feelings.” – Seohyun
“I’m not good with Korean language at first, but Jessica helped me a lot.” – Tiffany
“Sica unnie is my idol when I’m still a trainee. She’s very pretty and she has awesome voice, like the other members!” – Sulli f(x)

“Jessica unnie said `you should try hard before give up! Just believe yourself` to me,” – Yoona
Once when a fan fell down in front of Sica, she helped her and said “Are you okay? Let me help you.”

It really shows that Jessica is not a coldhearted “Ice Princess” but rather- for lack of a better term- a “melted Ice Princess” lol. In every fan’s mind, there’s always the thought, “Is this person who seems nice onscreen really good-natured in real life?” In Jessica’s case, it’s the opposite- seem distant on camera, actually intimate off camera. Even onscreen, it seems like the Ice Princess is really melting. The existence of YulSic is way too obvious 😀