ANTM – America’s Next Top Model, is one of the most fabulous shows on this earth. If you don’t watch it, please do! Though at times you may be furious at the judges and their hypocritical moves, you gotta love what this show brings to the table! I have been a fan since season 2, I’ve been a loyal fan for 2->6, then I have been watching cycles on and off. This cycle, two of the finalists caught my eyes, and one of them, Allison Harvard, has recently prove to have similarities to SNSD’s Tiffany! 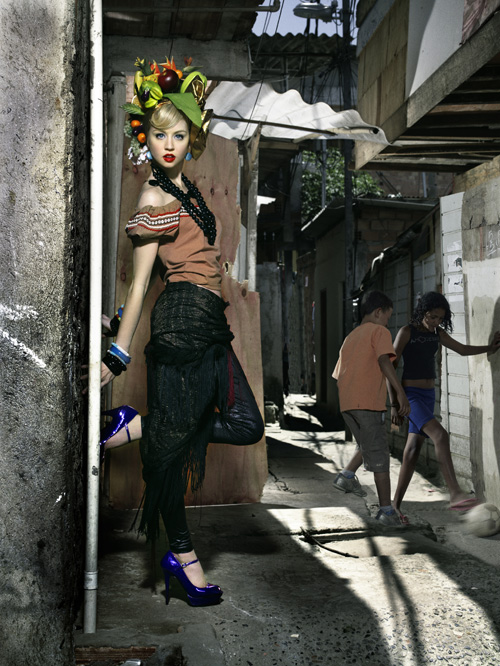 Though in personality, Allison is a bit geeky and shy like Seohyun, I have noticed that she wears head ornaments similar to Fany! (Please excuse the following BAD quality photos because I’m lazy!)

Allison: Isn’t she adorable? She’s clearly a fan’s favourite, but her walk isn’t all that great. I hope she does a fabulous job because her photos have been amazing. And out of the final 3, I think she’s the ONLY one with a kind personality, the other 2 are can be obnoxious and rude at times.

Pic 1: shes wearing this cute blue flower head ornament, but since ANTM decided to only film stuff from their left profiles, I couldn’t find any screenshots with her headornaments facing us.

Pic 2: RIBBON! So cute, I swear she’s the cutest model ANTM has ever seen, but at the same time, she produces amazing high fashion editorial photos.

Tiffany:  No matter how bad her outfit sometimes may be, bubbly Fany always wins my heart with her previous cute hair and now pretty hair!

Pic 1: MCing @ MC core, she looks sooo pretty here as a fairy. (Such beautiful HD quality that I didnt want to ruin by making an ugly yellow circle, I’m sure you guys can see her head ornament without me circling).

Pic 2: One of the first time I’ve seen Fany sporting the ribbon look, SO ADORABLE! Thanks to Cindy, I was able to find this! (I told her it was baby baby perf and blue ribbon and she found it in minutes, CRAZY HUH!? Actually she said it was due to lots of taeny moments, so gotta love taeny!)

Pic 3: Last but not leasst, GIANT RIBBON from yet another Music Core MC session!

Hmm so yeah might as well as throw in this comment: WHO WILL BE ON TOP? FIND OUT NEXT WEDNESDAY MAY 13 ON THE CW NETWORK!

2 thoughts on “What does ANTM Cycle 12 finalist have in common with SNSD’s Tiffany?”