It’s the 10th of February, now everybody sit down! Let’s all take a moment of silence and reminisce the past. Exactly 23 years ago, perhaps God felt that the world lacked something. He looked back at His previous 6 creations and went deep into thought.

“Taeyeon, Jessica, Sunny, Tiffany, Hyoyeon, Yuri…something is still missing. What they need is someone like…”

So He snapped His fingers and BOOM!

(Yes, this is Sooyoung by the way. Picture was from a very old HaHaMong Show)

Little did the world know (and so did herself) that this seemingly ordinary baby will bloom into an idol, loved and cherished by millions around the globe. 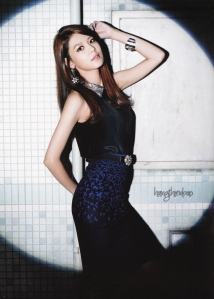 Today marks the 23rd birthday for our beloved Choi Sooyoung.

So, who is Choi Sooyoung? To some, she’s just a fine looking lady somewhere from the Asian land of South Korea, but to many others, she’s a role model, an inspiration, the ideal lady for men and the perfect BFF for ladies.

It goes without saying that I’m writing this post in collaboration with her birthday, and hence I would like to share with all of you the many things which I personally love about her.

First of all, she’s warm-hearted and caring; not in one way, but in many ways! Charity wise, she had made a generous donation to the Japan Relief Fund during the earthquake crisis in 2011. The JRF was a charitable ‘provision’ (for the lack of a better word) which was aimed at providing financial aid to the poor victims affected by the natural disaster.

Also, since SNSD was appointed as the Ambassadors of Korea Retinitis Pigmentosa Society (KRPS) last year, the president being Sooyoung’s father himself, they had made promotions in Australia and Sooyoung and her sister Soojin were in charge of handling them.

I touches me greatly that aside from her busy idol life, in which most of their time are spent attending music shows, variety/talk shows, promotions for their latest singles, and not to forget the amount of practice that needed to be done, she could still allocate time and dedication for the welfare of others around her.

Did I mention that she thinks about us Sones very often too, despite her circumstances? An incident I would never ever forget is when she got involved in that car accident. When I first heard about it, I didn’t know how to react, because we all didn’t know what exactly happened. How bad was her injury; what’s her current condition?

The only thing that we counted on to make us feel better were tweets from her sister, and the media wasn’t helping much since they were only reporting about spinal injuries and whatnot.

Despite all of those, the best relief we got was from Sooyoung herself. I mean, how many idols you know would make a video message to the fans just to let them know they’re alright, and that you don’t need to worry about them. I know one: Choi Sooyoung.

We see her as someone dorky, cheerful and likes to play around with her sisters (to annoy them?). Taeyeon just  adores her so much because although being the third youngest in the group, she’s still like a head taller than Taeyeon. And we all know she loves making fun of our kid leader for that fact. 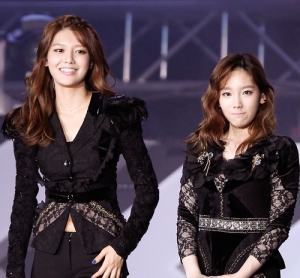 Other than being kind, tall and dorky, she’s also a very matured individual. Through the way she thinks, the things she say in magazine interviews, you can see what kind of things run through her mind.

You can read one of the many interviews here (credits to ch0sshi@twitter for the translations), which I personally find very interesting. Day in and day out, we are reminded again and again that they are all just humans. She, along with the other 8, strive for the best in order to appease and satisfy us fans. They were so worried about the reception of IGAB, to the point that she said it was expected that some people might dislike the new song.

I think we should all return the favour and let her (and the whole of SNSD know) that what we truly love about them, are THEMSELVES as it is. Their cute and funny personalities, their sisterly bond, their happy and smiling faces that seemed to make anyone’s day brighter just by looking at them.

To us, that is who SNSD is.

And Choi Sooyoung, without you, SNSD is not complete. Without any one of you, there would be no SNSD to speak of. You are a unique person indeed, please continue to show the world the warmth of your smile.

Happy Birthday!! And may you have yet another year full of success, joy and showered with tonnes of love from everyone. God bless.

Here are just some stuffs to spazz on 🙂 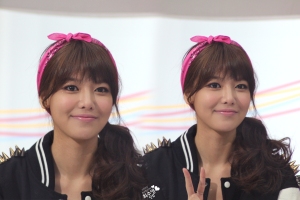 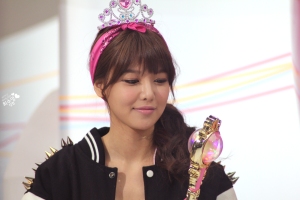 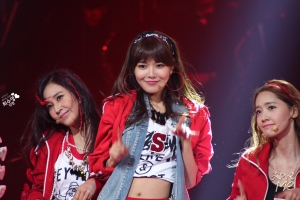 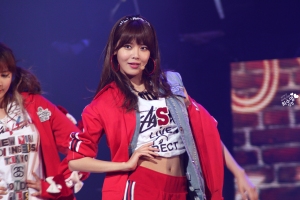 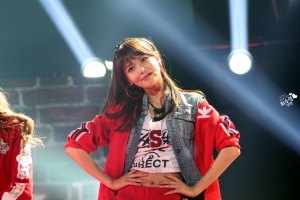 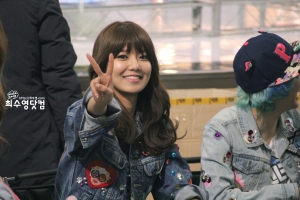 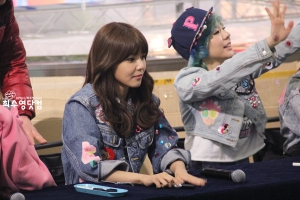 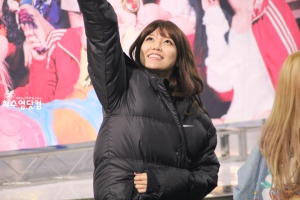