This charming lady has been called a lot of things in her lifetime.  (Some good and some not so good things.)  For those of you unfamiliar, here are some common adjectives she associates with:

And for the rest of us that understand her:

And last but not least : clingy.

The second time I ever saw SNSD was at their “Visual Dreams” performance at a Seoul Intel conference.  (It was the same hall I’d later see Tiffany in for Fame.)  Aside from Yoona, I was literally starstruck at how pretty Jessica was.

Although I was trying to get Tiffany‘s attention when I yelled “Get it Stephanie!” [4:10], you made my JeTi heart squee that you heard me.  (Although me screaming “California loves JeTi!” probably would have been more appropriate at the time.)

Even though her voice isn’t as raw as Tiffany‘s, range isn’t as high as Taeyeon‘s or as controlled as Seohyun‘s,  Jessica has some ridiculous pitch, ad-libs and soul when she sings R&B Ballads. [0:58 oooooooooooh~]

This is still one of my favorite behind the scenes videos of her singing (and it helps that her vocal trainer gets on a simple but dope beat box percussion.)

When Jessica‘s not on stage, we ALL know what a sloth she can be.

But when’s she on stage, she’s nothing short of a professional.  She’s a “clutch” artist, I would say.  (“Clutch” is a term used to describe someone who performs well in pivotal or high pressure situations.)

Like HyoYeon, Jessica has a lot of subtle nuances in her dance moves that set her apart from the other members, but most of the time people don’t even catch it.  And the best part of that is, she probably doesn’t even care if you notice it or not.

Blunt, brutally honest, and confident to get her way or to do it her way in her own strides and convenient time.  (Some traits probably carried on from her stint in America.)

...Sica's art of unnie persuasion to the producer...

Happy birthday kiddo, this 언니 approves.  (One of these days I’m going to pinch your monkey cheeks!) 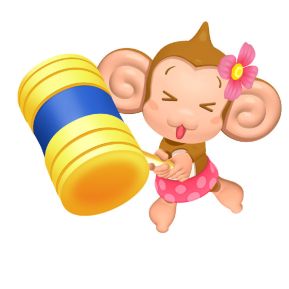 cr: all lolgifs are credited as watermarked, if there’s no watermark please tell me and i’ll be glad to give you credit