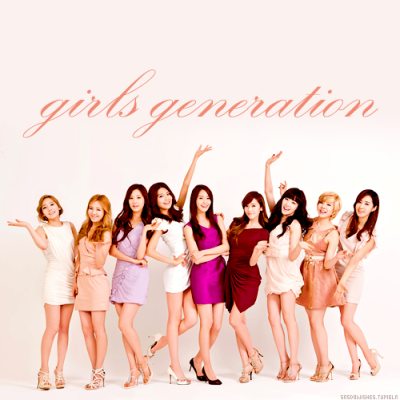 Girls’ Generation will be making another set of US television appearances on January 31st and February 1st to promote their recent American album release.

Girls' Generation to perform 'The Boys'

Viewers with access to the American channels ABC and CBS will be able to catch the girls on ‘Live with Kelly’ and the ‘The Late Show with David Letterman‘. Two of the more popular shows in their respective categories.

‘Live with Kelly’ is a popular daytime North American talk show that airs at 9 AM EST on ABC (Check Your Local Listings for more information). According to Nielsen TV ratings, the show that airs every weekday, captures an audience of approximately 5 million Americans. The girls will appear on the Wednesday February 1st, 2012 airing of the show alongside Howie Mandel (co-host) and Jennifer Lopez. Of course TV Guide lists them as performers, but there is always a possibility of more in store, especially for an hour long talk show (with commercials).

The Late Show with David Letterman (Weeknights, 11:30 EST) is another popular nighttime talk show that features various celebrity guests. According to Nielsen TV ratings, the show gets a total weekly viewership of around 3.3 million people. While their website has not confirmed the appearance of Girls’ Generation officially, Soyuri (the founder of Soshified) has more than hinted at their appearance by tweeting that an official press release will be made available to GG fans on the 25th (today), while urging fans to purchase tickets for the Tuesday January 31st, 2012 airing.

Tickets for the Letterman appearance can be purchased on their website. More information can be found HERE.

With these two appearances, Girls’ Generation will be invading New York once again as they prepare to show their talent to the world in 2012.

57 thoughts on “SNSD to Appear on American Television”