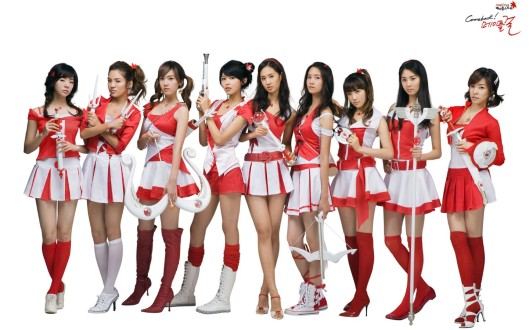 To commemorate the 9 ladies’ 4th anniversary, SONEs from Korea created a virtual museum on-line to document the various activities that SNSD has participated in since their debut on 5th August 2007.

The web address for the site: ( http://www.intothenewworld.net) was chosen based on the angelic 9’s debut song “Into The New World”, and, fittingly, the museum site was launched on 5th August 2011.

Within the museum site, interested parties can find out more information about the 9 ladies since their debut back in 2007 until their glorious moments in Japan. News on the 2nd solo concert in Seoul on July 23rd and 24th can also be found here.

In addition, recorded interviews with Sooyoung’s mother and sister are also available for playback/listening. Whilst in the museum premises, visitors will be treated to renditions of the Girls’ hits as they browse the exhibits :D.

Do you know what is the best part of the whole “deal” ? All information presented within the museum are in Korean, English, Japanese, Chinese, Spanish and French, so no SONE is left out when accessing the site. This is certainly concrete proof that our favourite 9 ladies have indeed achieved international recognition.

Getting intellectual has never been so much fun ! 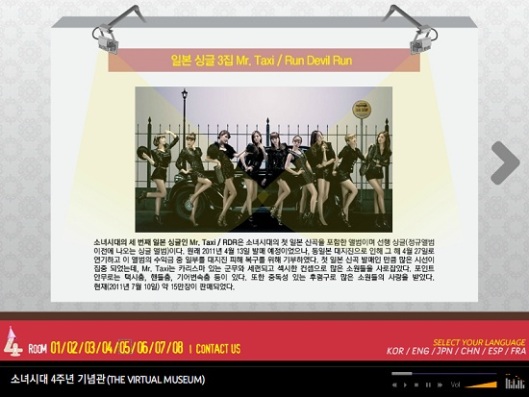 14 thoughts on “The Girls Get Their Own Museum”