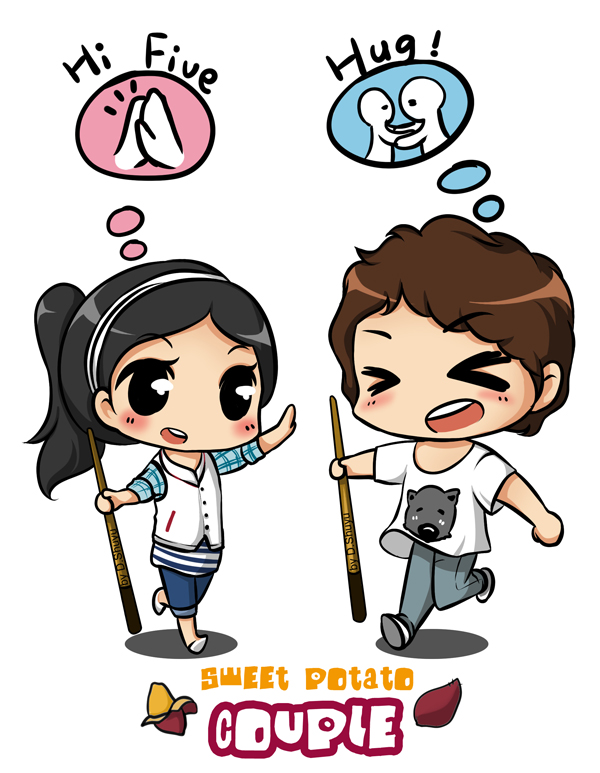 Just when you thought the dust had settled on the goguma front…..

more news emerges to fuel the speculation of a revival ;).

CN Blue member, and actor, Jung Yonghwa, had previously showed off his relationship with Girls’ Generation’s Seohyun, when  he starred with her in MBC’s “We Got Married” reality show.

Well, on the afternoon of the 23rd of June 2011, there was a production report conference at the Novotel Ambassador Gangnam in Seoul for the upcoming MBC Wednesday-Thursday drama, “You’ve Fallen For Me”.

During the conference itself, Yonghwa revealed an interesting tidbit: “I met Seohyun at the salon when I went to get my makeup done today. When I told her I was attending this press conference, she said that she would support me.”

The last time the Sweet Potato couple made the news, it was because of Yonghwa’s jealousy when TRAX’s Jungmo said that Seohyun was his ideal type.

As always, the saga never seems to end for our favourite celebrity K-Pop couple (not that we want it too, right ?).

19 thoughts on “Get Ready For More Goguma Interactions.”