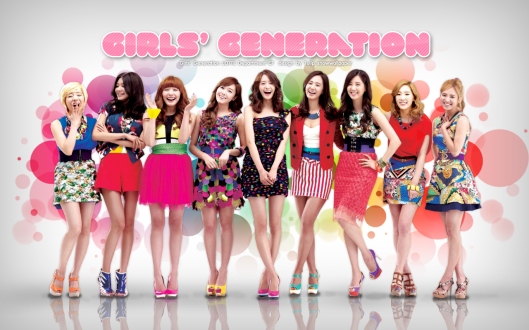 As expected, the highlight of the night’s activities was the appearance of the K-pop world’s royalties, SNSD and 2NE1. The moment the aforementioned groups appeared, utter pandemonium broke out, literally (I was there to witness it in person ;)). Despite all that, however, the 2 groups gave off a very impressive performance, even though some technical difficulties threatened to spoil the experience for the fans. Surprisingly, it even impressed the usually jaded entertainment reporters from our local daily English main paper, The Straits Times.

So, sit back and check out the glowing article to our fine young ladies from Soshi as they rocked the fashion event and brought it to a rousing, high-noted end. Soshi Daebak!