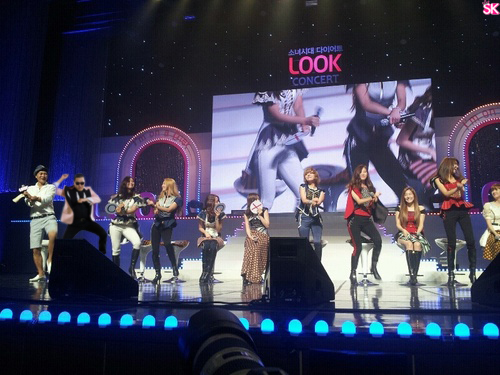 On September 1st, SNSD held a fansign event and mini-concert at the Woori Financial Art Hall at Seoul Olympic Park as part of their endorsement for Korea Yakult’s ‘Diet LOOK’ product campaign. Dressed in their outfits for ‘The Boys’, SNSD first conducted a short fansigning before performing several of their hit tracks, ‘The Boys’, ‘Genie’, ‘Mr. Taxi’, and ‘Gee’. In addition, the members also held a short question and answer session during which several of the members danced to a brief part of Psy’s ‘Gangnam Style’. Check out the concert fan cams and photos….and of course, SoShi-Style~

Also, for more Gangnam fun, TaeTiSeo also interacted during the performance of Psy’s Gangnam Style on this week’s Show!MusicCore! Check it out~ 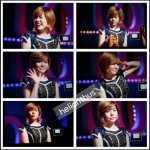