Magazine ShiDae is Back! SNSD will once again appear on multiple popular magazines!

To start off, our ‘Pinker’ Than Gems, Tiffany appears on the August issue of ‘CeCi’ magazine. What really makes this photo shoot standout is the amount of pink-ness in it! Here Tiffany goes for an All-Out Pink… there literally is nothing i can spot that isn’t pink!….. except that green plant.

There is also a secret message behind this pink photo shoot! This shoot was aimed to help abandoned pets hence the bunny/puppy Tiffany and the Big Bad Wolf. The accessories Tiffany wore during this photo shoot will all be auctioned by ‘CeCi’ and the funds with all be donated to an animal humane society under Tiffany and CeCi’s name.

Tiffany jjang! Not only is she kind and loving to Sones, fans, anti-fans and everyone else, she also thinks about animals!

(P.S, wow i honestly didnt realize how small the room was until i saw the wolf!) 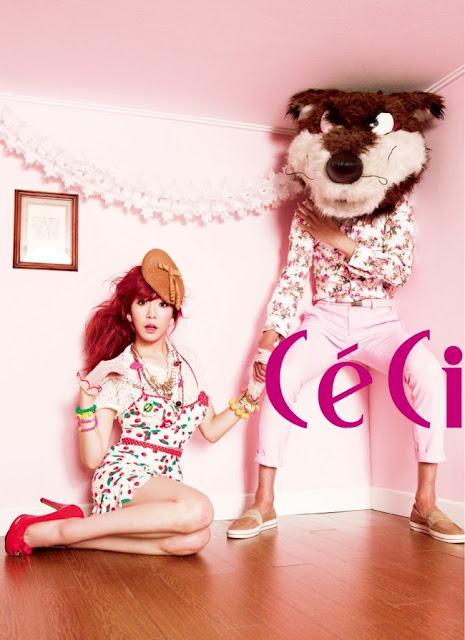 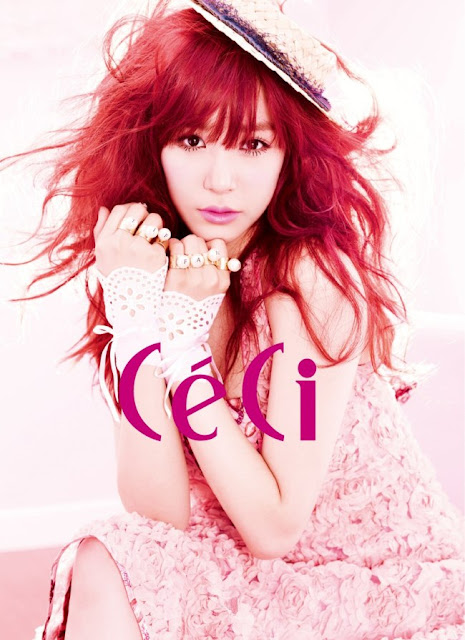 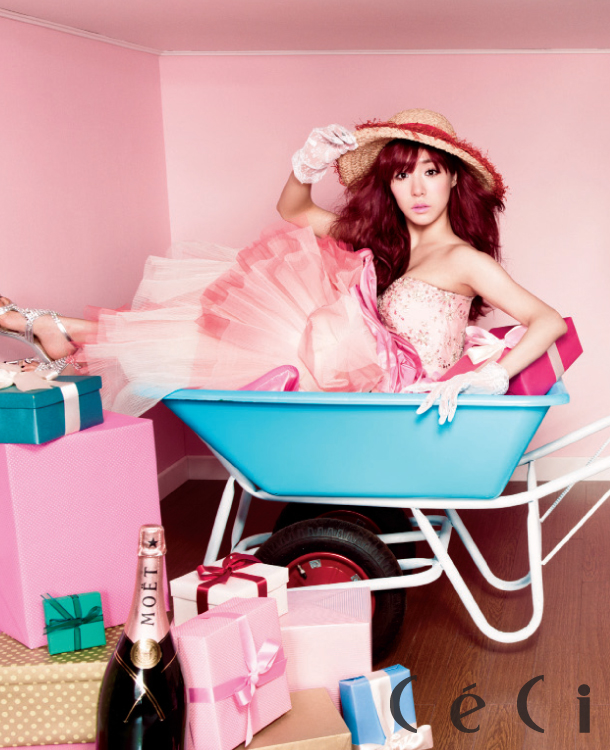 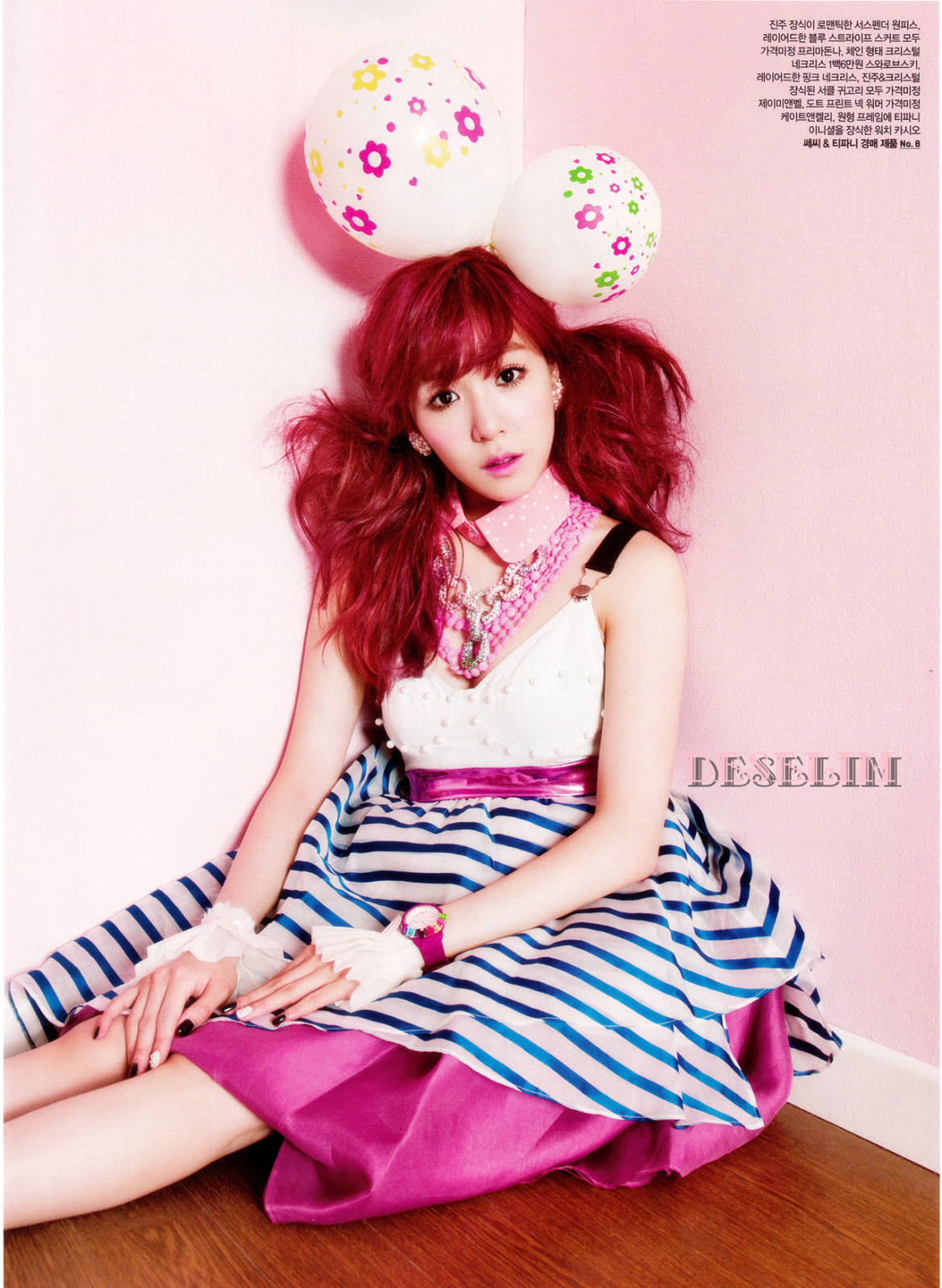 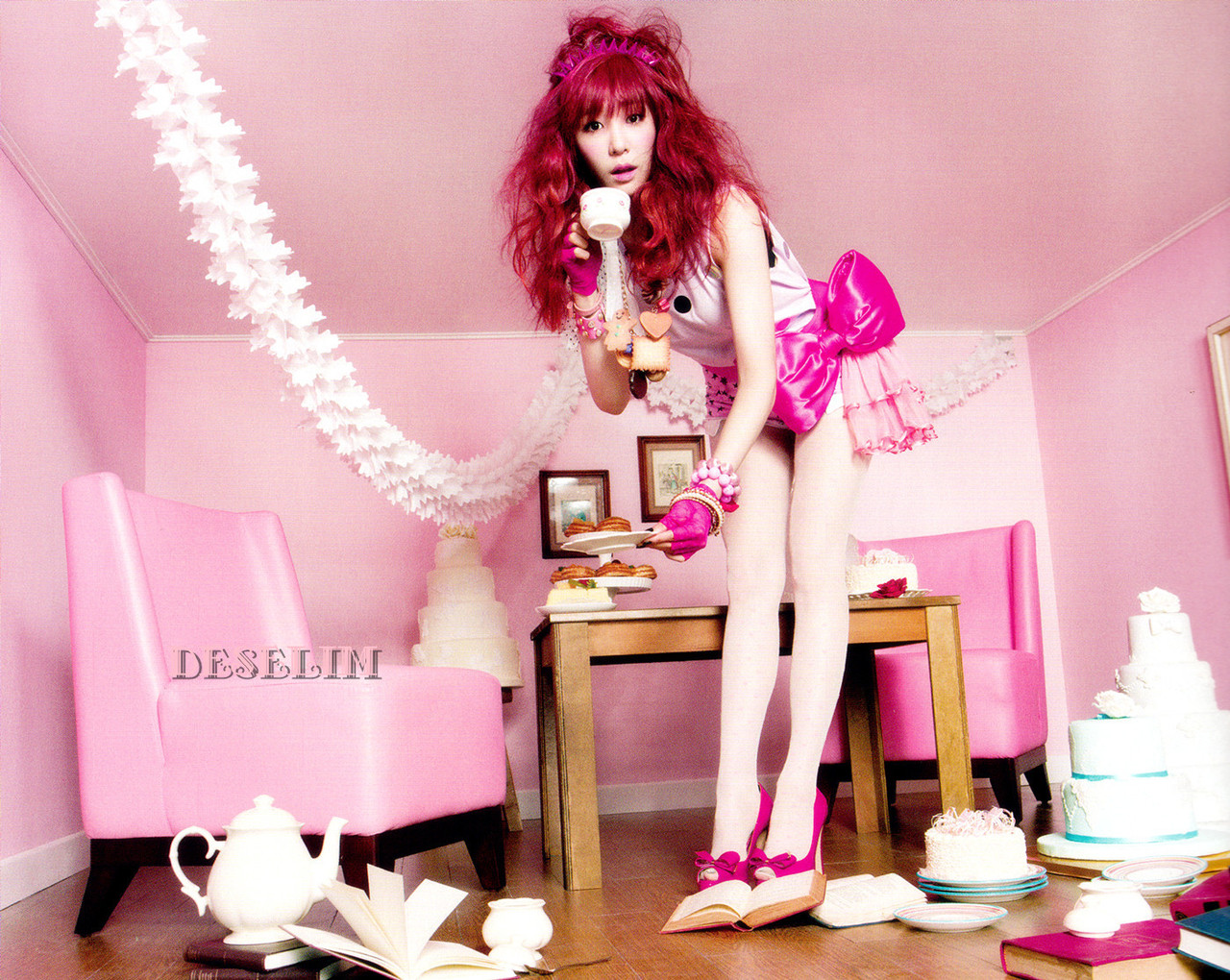 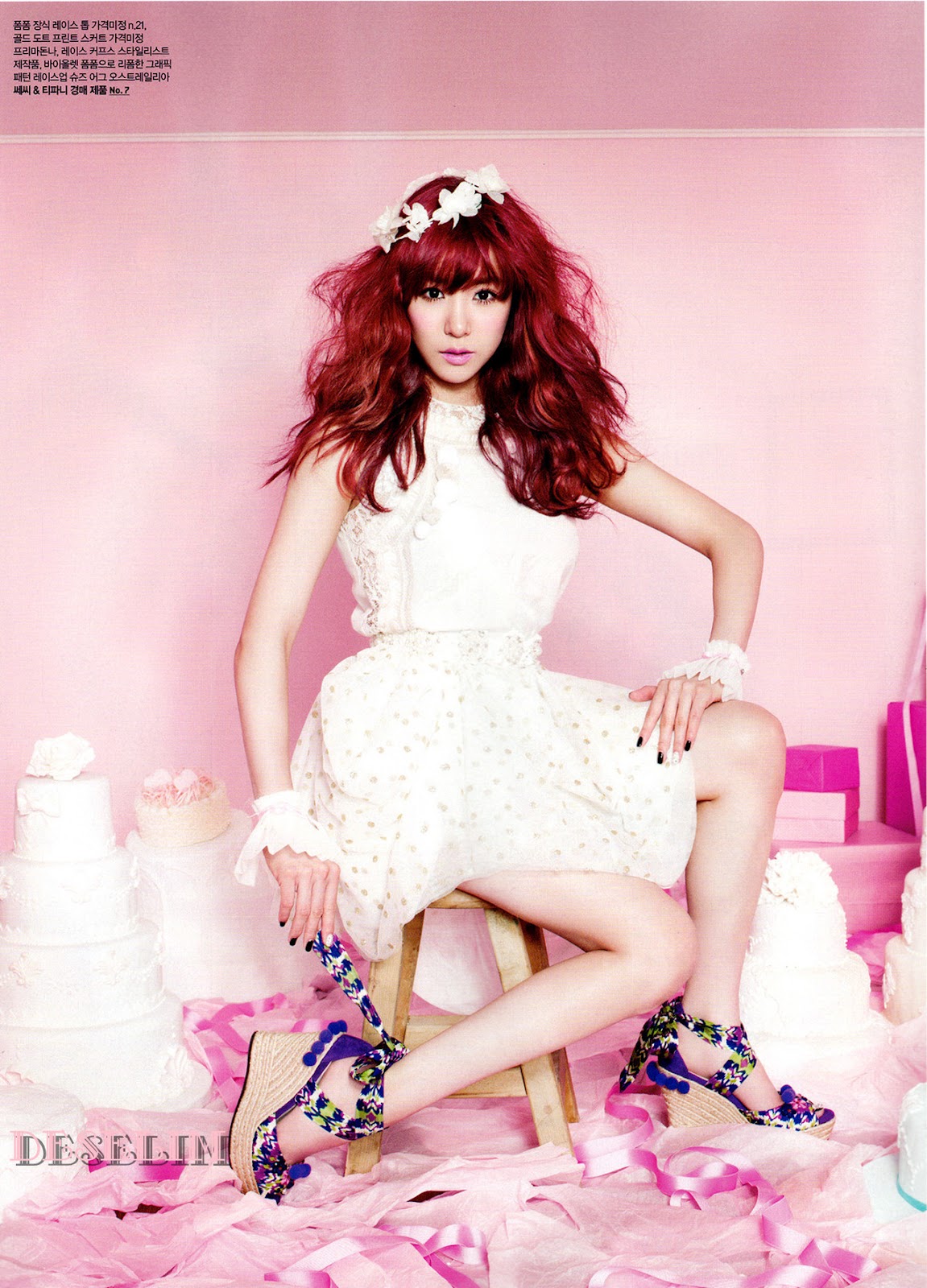