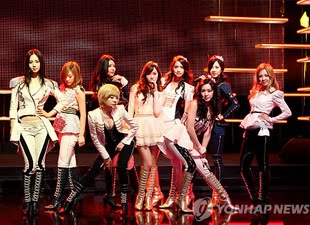 The K-Pop Nation Concert In Macao 2012 will be bringing a slew of kpop stars this year!

According to reports released June 26th, the concert will take place at the Venetian-Macao Hotel on July 2nd, with a lineup of Hallyu Wave leaders such as SNSD, SHINee, U-Kiss, BAP, and more will be performing for fans in Macao!

Earlier today on June 26th, MBC Plus Media announced that they will be holding the ‘K-POP Nation Concert in Macao 2012′ at the Venetian-Macao Hotel on July 2nd. Performers attending, aside from the two artists mentioned, also include U-KISS and B.A.P.

Each group will perform five of their hit songs, to give their fans a sure taste of their music.

The concert will be broadcast on a Korean domestic network in July as well.

3 thoughts on “SNSD To Perform At Macao Concert With SHINee And Others!~”