they surely are champions! 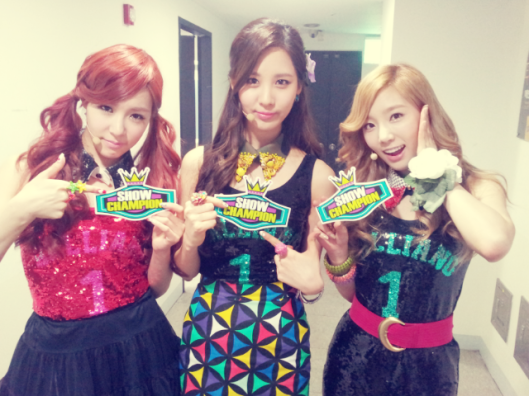 Yesterday, on this week’s episode of MBC’s ‘Show Champion‘, TaeTiSeo earns their 3rd strike with ‘Twinkle’, achieving their very first Triple Crown Win! Not forgetting the major competition between the many debut/ comeback stages, they have done it yet again! Congratz~!! However, they were not there to collect their award because they’re out of the country. Lets hope for the same on other music shows!! Meanwhile you can watch their performance below;