Recently, TaeTiSeo was guested on ‘Hong Jin Kyung’s 2 O’clock’ radio show! However the biggest news is what our favorite couple, TaeNy, revealed on the show!

Starting off with Tiffany who confessed that she was jealous to fellow member Jessica. Tiffany shared, “I was envious of Jessica when she was cast for the musical, ‘Legally Blonde’. A week before she was cast into the musical, I heard that auditions were being held, and I told my manager that I could do a good job if I got the part“. But suddenly Tiffany saw the articles saying that Jessica had already gotten the part.

Tiffany continued with, “We didn’t know, and Jessica found out a little later“. After that she laughed and said “I was jealous for about a whole minute“. 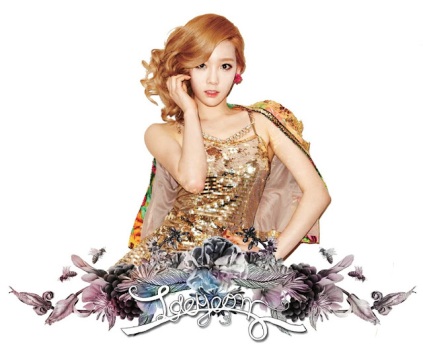 Moving on to Taeyeon, she confessed about one of her biggest insecurities and that was her big toenail. Taeyeon expressed, “I am insecure about my big toe’s toenail, I already injured it four times in the same place“. She then continued with, “Hearing this may make some people uncomfortable, but my big toenail ‘ran away’. So basically… it’s in a state where it’s just barely sitting on my toe“.

Taeyeon recalled the past incidents where she injured it and shared, “I recently injured it again. It got caught in the heel of the shoe and my toenail fell off… Once when I was young, I was riding my bicycle and got my toenail caught in the wheel“. She then expressed her sadness and said, “I recently injured my left foot’s big toenail. I can’t wear sandals or slippers in the summer because of my big toenail“.

Also another one from Taeyeon, when she was asked if she thought her vocal talent is among the best, she responded by saying “No” without hesitation, Taeyeon then explained “There are so many people out there who sing extremely well“.

In response to her statement, Tiffany jokingly replied with, “If Taeyeon isn’t a good singer, then what does that make us?” which made Taeyeon to humbly say “I think maybe I’m just amongst the upper middle class?“.

Taeyeon, you must be more careful! We worry for your toe! keke 😀