Running out of things to say in the tags!!

After TaeTiSeo’s stage, our Maknae shows her gratitude by saying;

“Thank you so much to the people who came today!! We’ll meet each other again tomorrow~! The CD is pretty, right? ^^” 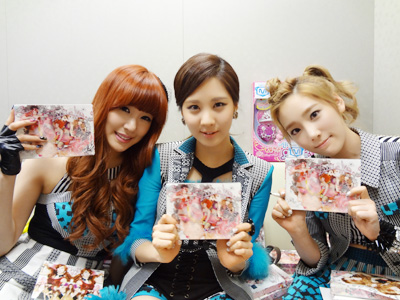 As you all may have noticed, TaeTiSeo is promoting at the same time with their Juniors, SMtown’s EXO-K and their song ‘MAMA‘. Because of this, our three angels won’t miss the chance to take a group photo…So with out further ado, here is a photo of TaeTiSeo with EXO-K , each proudly holding up the mini-album, ‘Twinkle’! 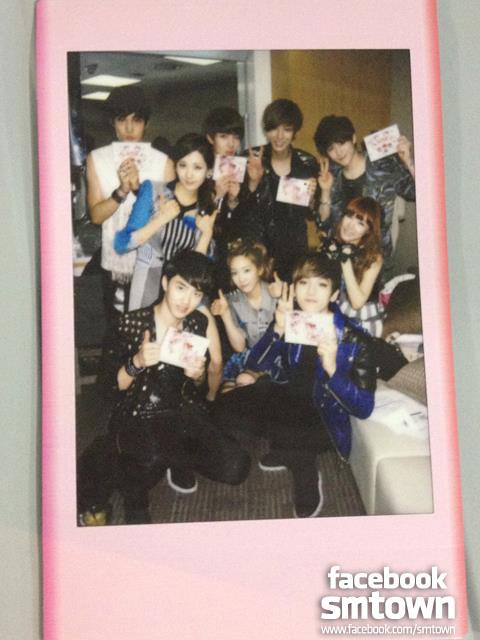 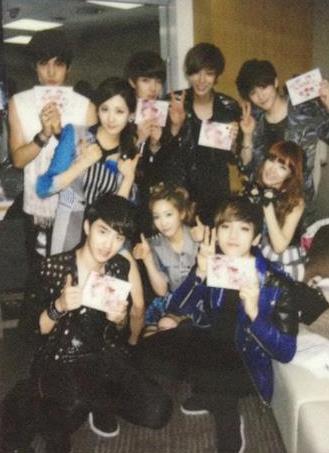 Of course, this isn’t the end for this post! 😀

Before our three Goddesses appeared on stage, they were shown on Mnet’s ‘Wide Entertainment News’ and from the show they won an adorable gift, a pretty doll set!…. Which made me LOL 😀 😀 😀 Check it out~ 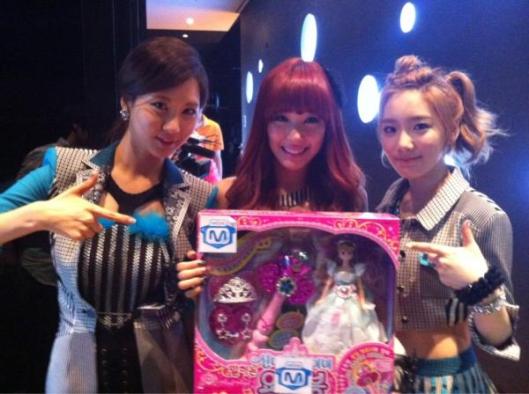 2 thoughts on “SeoBaby Says TY For Watching Their Performance~”