“People with good hearts are the ultimate winners.”
-Seohyun

And there is one member, amidst this chaotic swirl of girly thoughts, who worries about public health, likes historical preservation, enjoys a good auto-biography or self-help book, and preaches love and world peace. Her name is Seo Joohyun and one day, she will be the president of the universe.

“Our baby sister Seohyun, you’re not baby-like at all. You have deep thoughts and you’re mature than us older girls and that’s really good. It’s nice to watch you develop yourself and study hard.”
-Yuri 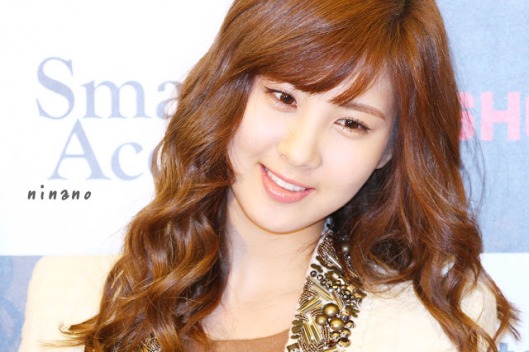 Where does one start when talking about how amazing this girl is? She is almost a living a series of contradictions.

Seohyun has been described as both incredibly sensible and hilariously 4-D. She is polite almost to a fault, and yet her unnies always claim that she is really the ‘maknae on top’. She’s a super-celebrity, called ‘goddess’ by her fans, the model of several brands and the star of dozens of commercials. The object of affection for men the world over, the sweetheart of countless people, and the gooey, mushy, beloved centre of her nine-member family.

“Despite the fact that she’s the maknae, she really doesn’t seem like it. She’s so young and pure to the point that she still loves children’s stories. But without her, we cannot be SNSD. Our Seohyun.”
-Sunny

This could be a recipe for a spoilt brat, a diva, a fame-to-the-head celebrity…and yet, what did we end up with? We ended up with Seohyun. Wise, yet naive. Awkward, yet graceful. Reserved, yet dorky. Ambitious, modest, studious, dedicated, kind, loving, sweet sweet Seohyun.

This girl, who bewilders the adults who cross her path and has the power to keep even the rowdy SNSD in check, is surely destined for great things. The higher powers were in a good mood the day they created Seohyun, and from the last almost-six years that we have spent watching her, it’s easy to tell that hers is an existence made to shine.

“Nothing is impossible”
“If your dream is alive, one day it will come true.”
-Seohyun

Who can fathom the ideas within this girl’s head? I’ve long since stopped trying to figure her out, as she is one of those unique individuals that will surprise you at every turn, and we love letting her.

But if there is one thing we can be sure of about this predictably unpredictable girl, it is that whatever her goals are, she will achieve them. And she will do with grace, with dignity, with passion and with kindness. 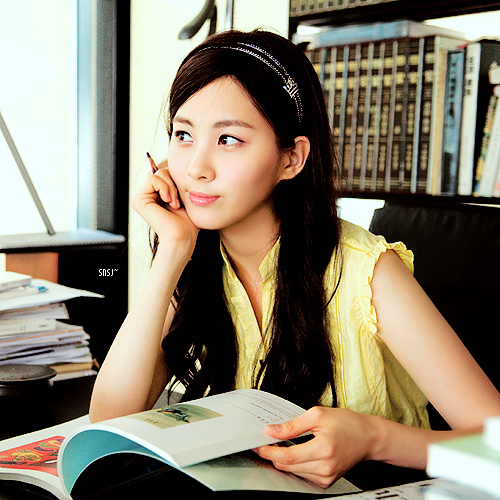 And after that, who knows? Being elected prime-minister would be no sweat for her (after all, who doesn’t want an angel in office?)… she could even eventually rule the world if she wanted to. And under her we would have utopia; world peace, happy children playing in the street, and a life expectancy over 100 years. The only drawback would be that chips and hamburgers would be outlawed while sweet potatoes would become the staple food of the world.

And so! Here’s to Seohyun, who is 23 today. Here’s to all the light she’s brought into the world. Here’s to watching her grow, and here’s to the future, which to Seohyun holds no limitations!

30 thoughts on “Seo Joo-Hyun, President of the Universe. #HappyBirthdaySeohyun #서현아생일축하해”