Or at least that’s what MTV Japan is calling it. The girls have been featured in a show for MTV, and it was just recently aired! The clips aren’t subbed, but it looks like an interview with the girls, some fans on the street, and sorta provides an introduction to who the girls are for the Japanese crowd. Clips below~

But there’s more to just the MTV special to be a ‘New Generation’ right? Soshi has also been nominated for a music award in Japan! Despite debuting late in the year for their entrance into the Japanese market and having their single released a week ago, SNSD has already been nominated for the Top Pop Artist of 2010 in the Japan Billboards. Even though they are dubbed as the new generation, it’s quite an honour to receive this nomination in such a short time frame.  That said, the list of nominees is quite long, and the girls will be going up against some really amazing artists. Best of luck to the girls, hwaitaeng! 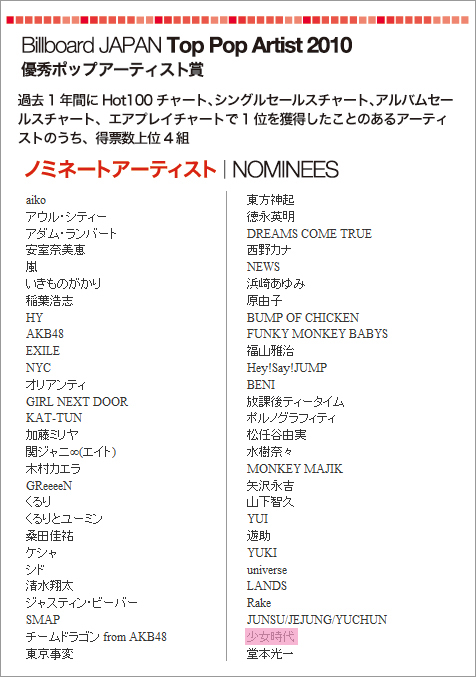 19 thoughts on ““Witness the New Generation!””